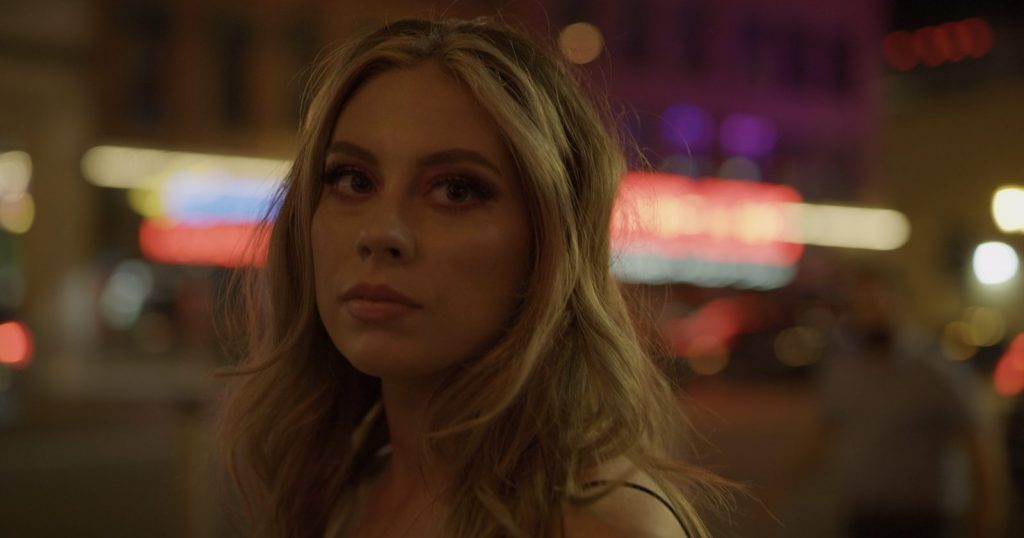 Self-proclaimed drama queen and up and coming country music superstar, Megan Knight releases a feisty new music video for her latest single “My Drama”. The video was filmed in the heart of music city’s capital in Nashville, Tennessee. Click here to view.

“The drama stems from these hard life lessons I have faced. I think everyone can relate to low times in their lives. It’s about finding someone who can still love you above all else, no matter how hard or messy life has been or can get.” – Megan Knight

After being sent straight to voicemail from a guy on her phone, Megan Knight gives us an eye-catching story in her new music video for her single “My Drama.” This self proclaimed Drama Queen is seen through various visually pleasing scenes of her in her bedroom, playing guitar against a vibrant mural, and out on the town. After she is faced with being ghosted, these scenes show her coping with this rejection in her own dramatic way. Whether it’s smashing a glass bottle or stumbling home after a night out, Knight embraces her theatrical side in “My Drama.”

Biography: Megan Knight is an incredibly soulful and impassioned singer-songwriter, born in Southern New Jersey. The poised influence of her writing reveals a powerful singer willing to risk what it takes to push the limits as far as they will go. Knight’s music is strongly defined by its contradiction; which radiates with confidence and vulnerabilities that outline a perfect balance between modern and classic sounds, that pull inspiration from many different genres.

At an early age, Megan knew that she wanted to make singing, songwriting and performing her life-long career. With musical roots that span generations, it was natural for her to work tirelessly to hone a sound that is uniquely hers.

Knight’s first original three song EP was released in 2012 at the tender age of 14, which quickly caught the attention of Grammy winning songwriters/producers and engineers in Nashville, TN and Muscle Shoals, AL. Within a few months of the release she was visiting Nashville and Muscle Shoals to find her recording family. She found that in Muscle Shoals, AL where they embraced her as their own.

Megan’s first full length album, entitled “Megan Knight”, was recorded at The Nutthouse Recording Studio in Sheffield, AL, and released in 2015. This studio album thrust her into the spotlight and she was awarded the 93.7 WSTW’s New Artist of The Year, independent artist music award, and was nominated for several songwriting accolades.

Growing as an artist, performer, singer and songwriter, Megan had withdrawn from her local high school to be homeschooled (online) to focus on her career. Her travels over the years brought her up and down the east coast on state-to-state tours. These new experiences brought a greater drive to learn more of the production part of the music industry. In 2018, Megan released her first co-produced album, “State of Mind”, which earned her top regards with 93.7 WSTW as EP of the year 2018, and again was nominated for several songwriting and vocal accomplishments. Her single “Fade” off her EP was picked up by CMT for their show Racing Wives.

In 2019, Megan expanded her music experience by co-writing and recording with one of Nashville’s hottest up-and-coming producers. “Bad Decision” is the latest original single released on all streaming platforms and gained instant recognition for its relatability.

You now can hear several self-produced and co-produced covers including “Six Feet Under” (Billie Eilish) “Running Up That Hill” (Kate Bush) and “Heart Shaped Box” (Nirvana) when you log onto your Spotify, iTunes, Google Music, or Pandora music apps.

2022 is shaping up to be another exciting year for this steadfast songwriter who is propelling her way into the masses with a new five song EP to release in the early spring.