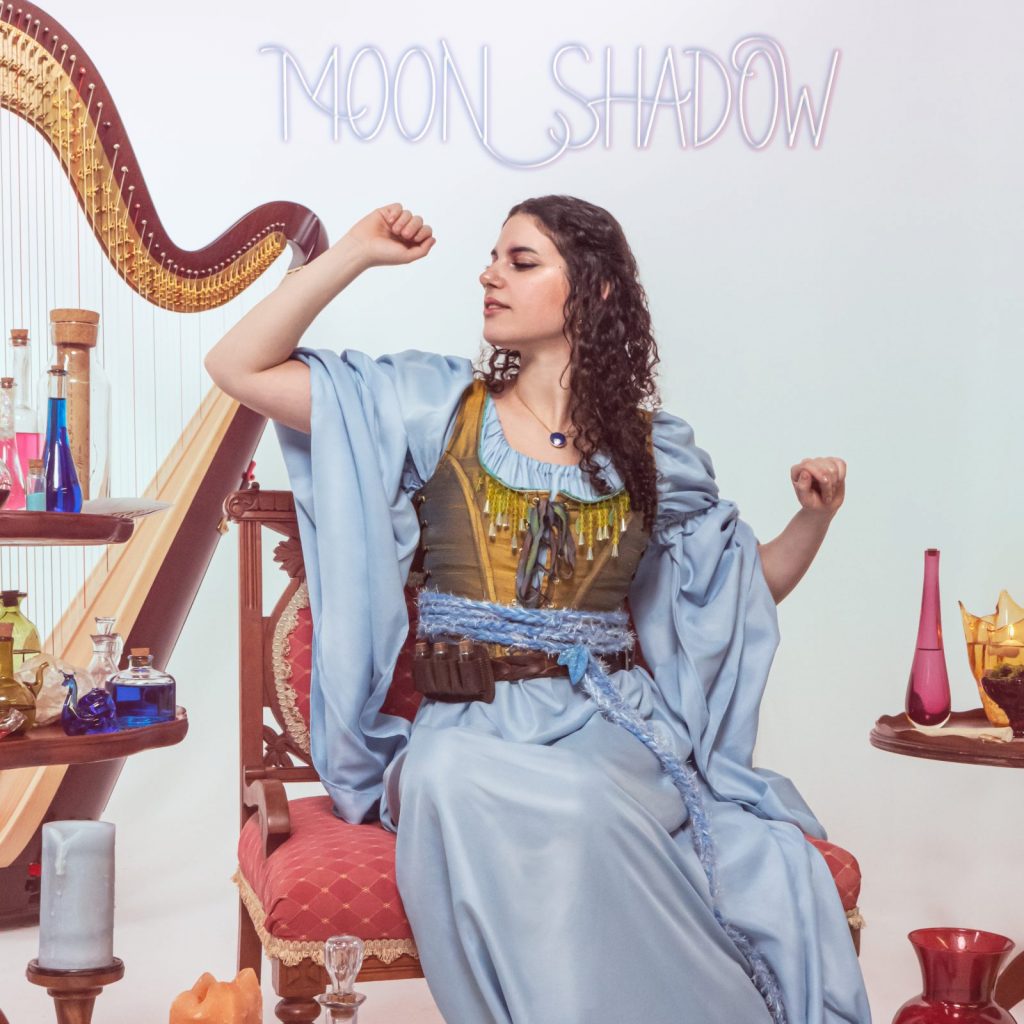 Philly-based, ethereal wave artist, Sara Henya has released her single, “Moon Shadow” off of her upcoming EP. The track follows Henya’s fairytale-inspired aesthetic, telling the story of a typical day of potion-making for a mage, a practitioner of magic, and the effects of drinking a potion just for fun.

“Moon Shadow” is an upbeat pop song that perfectly transcribes Henya’s magical world into music, both with the beat and her aerial vocals. Its dreamy qualities, especially her use of the harp, intertwine with modern pop influences to create a really unique, yet inclusive sound.

Sara found a following within the sci-fi and fantasy community. Her sound contains characteristics found in blog wave and folk-style music. This allows it to defy genres and garner attention from many different listener groups.

Sara Henya on upcoming single: “We were in the Pocono mountains and the whole crew was staying in a cabin together. At night we walked out onto the snowy field surrounded by pine trees and looked up at the stars. I live in the city, so being able to see that number of stars feels really special. The moon was so bright, the ground was covered in snow, so we could clearly see our shadows; hence the name ‘Moon Shadow.’”

“Moon Shadow” is part of an unreleased five-song EP that Henya completed in Spring 2021. It joins her singles “Pancakes” and “Walk Through The Woods,” released in 2020. This new release continues to help define her unique genre of mixed sound.

Sara Henya is a singer-songwriter and harpist based in Philadelphia, PA. Her music can best be described as shoegaze or dream pop. She combines the fun of pop music and the ethereal sound of the harp.

Sara incorporates imaginative, fairy fashions and visuals that allow her audience to feel completely immersed in her colorful fantasy world. Though passionate, Sara Henya never takes herself too seriously, incorporating humor into her music and performances.

Sara Henya released her debut EP, “Small World Alchemy,” on May 20th, 2018. Her EP has received widespread radio play on Folk and Alternative programs such as Out of the Woods, Power Folk, Womenspace, and Radio 104.5’s “Live at 5.”

During the lockdown, Sara released music videos for her singles “Pancakes,” and “Walk Through The Woods.” She used this time to her advantage, focusing on creating evolved music and visuals, growing her audience and reach.

As well as touring music venues around the East Coast, she has created a dedicated following, which is especially seen at science-fiction and fantasy conventions like Balticon, Arisia, and PhilCon, where she will be this year’s musical guest.

“I make my music for people who are a little too nerdy, awkward, gay, colorful, or weird, so they can all find a home with me through my songs because I am all of those things.” – Sara Henya