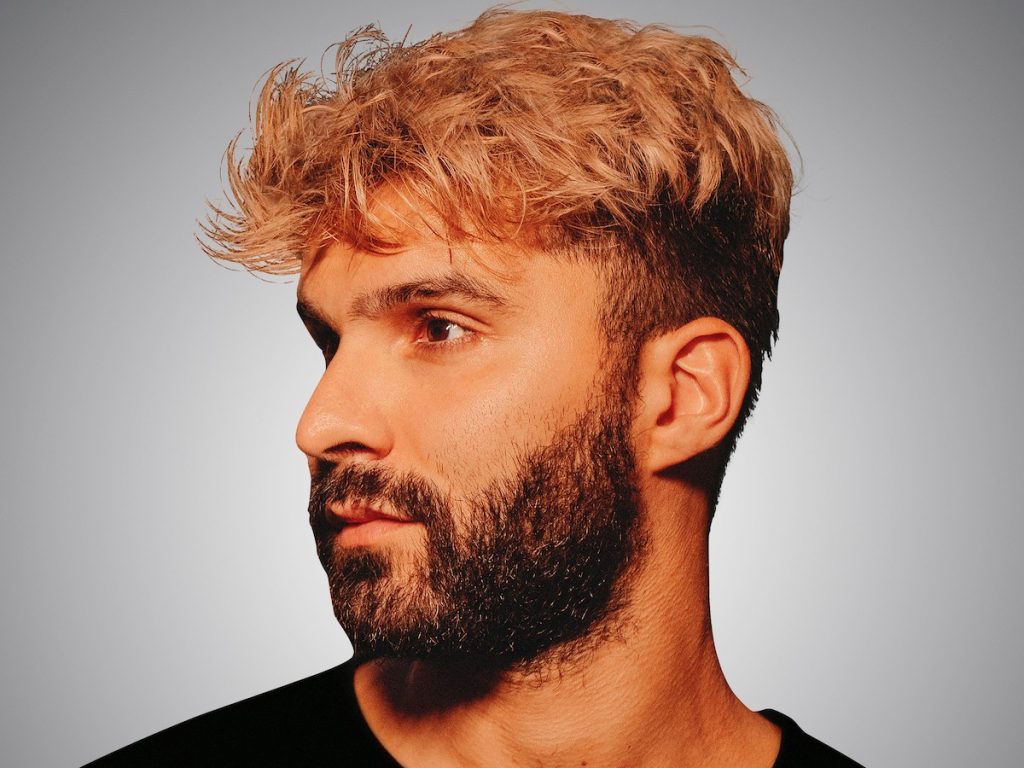 R3HAB and Saucy Santana join forces for their first collaboration ever in the form of “Put Your Hands On My_,” which many fans will recognize as a cheeky remake of Freak Nasty‘s party anthem from 1996 – “Da Dip.” These two artists know how to put a fresh twist on a club classic, with bouncy, booty-shaking electronic beats underneath vocals from Saucy Santana and autotuned female riffs that add just the right amount of modern sass. “Put Your Hands On My_” is surely bound to become a modern party anthem, whether in your favorite club, during one of R3HAB‘s high-energy sets, or just to get the mood right when you’re gearing up for a night out with your crew. “Put Your Hands On My _” follows R3HAB‘s “Call Me,” in collaboration with Gabry Ponte and Timmy Trumpet, and “I Wanna Run Away” with Mr Eazi and Wafia, while Saucy Santana is currently riding the wave of his viral hit, “Material Girl“, and his most recent single, “Hello” with Tay Money, following his recently released “Keep It Playa” studio album.

“Freak Nasty revolutionized the dance floor when he dropped “Da’ Dip” 25 years ago. The song’s hook is timeless, and Santana and I had a blast reimagining it for 2022. Can’t wait to see how the crowd reacts to my version.” – R3HAB

“I’m so excited to be a part of this record. It’s a different sound for me, my first electronic dance record, and on top of that, it’s with R3HAB. I absolutely love the reference and the vibe of our song.” – Saucy Santana

Multi-Platinum DJ and producer Fadil El Ghoul, better known as R3HAB, has been trailblazing his way through dance music for the past fifteen years. From his breakthrough remixes for Rihanna, Drake, Taylor Swift, Calvin Harris, to anthems such as Platinum-certified “All Around The World (La La La)” and “Lullaby,” to his collaborations with the likes of Ava Max, ZAYN, Luis Fonsi, Sean Paul, and more, R3HAB has proven to be one of the most forward-thinking artists in the game. His work has collected over 7B streams to date, including 1.1B in 2021 alone. R3HAB founded his label CYB3RPVNK in 2016, which has passed 4B streams across platforms since its inception. R3HAB continues to evolve and diversify his sound by working with artists around the globe, pushing the boundaries of dance music as he collaborates across genres and languages. He is Spotify‘s Most Discovered Artist, one of Spotify‘s top 200 most streamed artists, ranked #12 on prestigious DJ Mag‘s Top 100 DJs chart, and has earned over 55 Gold and Platinum certificates. R3HAB has embarked on multiple sold-out worldwide tours and was the first dance music artist to sell out 15 consecutive shows in China. On top of that, he performed at the world’s top festivals, such as EDC, Ultra Music Festival, Tomorrowland, Balaton Sound, Coachella, Summer Sonic Festival, DWP Jakarta. With his combination of innate artistry and innovative attitude, R3HAB has earned his place as a household name in dance music.

Saucy Santana is a vibrant artist with a bold personality from Perry, Florida. Santana‘s first-ever single, “Walk Em’ Like A Dog” was a viral hit and has tens of millions of streams. In January 2020 he released his first mixtape “Imma Celebrity,” which continues to grow through tracks like “Material Girl,” which has charted on Spotify and surged through TikTok. In July 2020, Santana released “Pretty Little Gangsta,” featuring “Up & Down” with Latto. Santana‘s biggest release yet, the 2020 single “Walk” went viral in 2021 through YouTube, Instagram, and TikTok after being highlighted in the popular TikTok #WalkChallenge. Santana has since collaborated with artists including The City Girls, Kalii, LightSkinKeisha, and Ivorian Doll. Santana’s most recent album “Keep It Playa” features a new hit, “Shisha,” which is poised to be another classic in Saucy Santana‘s young and growing career. His strong presence in the LGBTQ+ community and his co-signs from Nicki Minaj, Rihanna, Cardi B, and the City Girls, on top of his infectious personality, have combined to rapidly expand his following on social media platforms and on music DSP‘s – all of which make Santana an undeniable rising star of 2022.