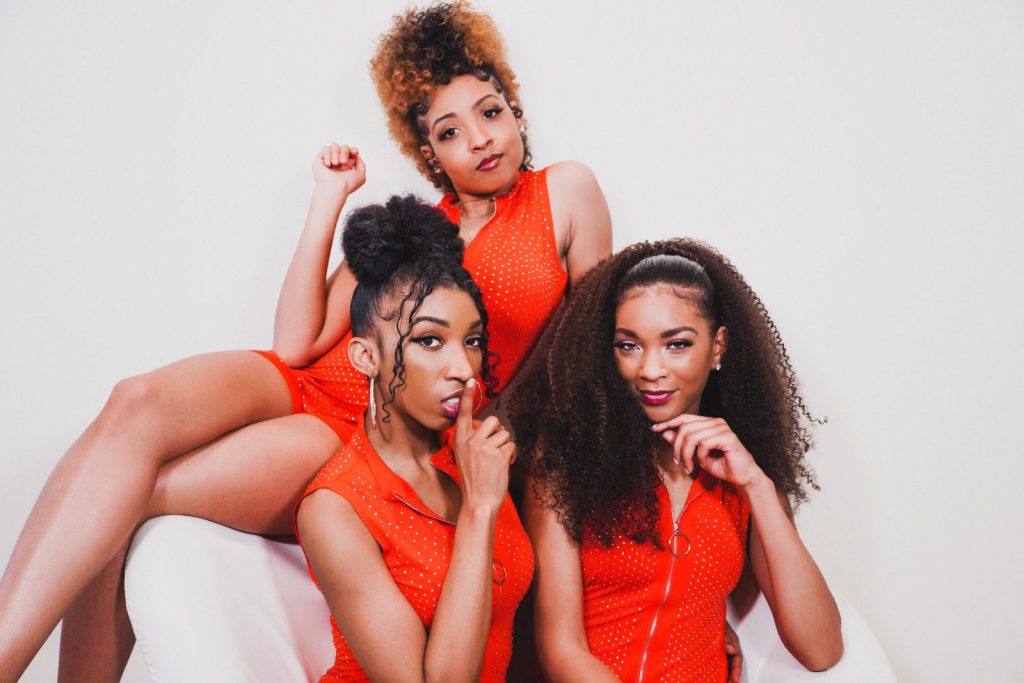 Hi Dorothy Milone! Let’s start with how did you all choose the artist name?

We chose our artist name as a symbol to represent main character Dorothy from “The Wizard of Oz.” For the singing group, the entertainment industry is similar to the bizarre and unknown world of Oz, which the group must find a way to effectively navigate. The second name, Milone, represents the group having a one in a million chance of making it to the top, but tough odds won’t prevent us from doing everything we can to win.

We are from the D.C. Metropolitan area, and that remains where we are based now.

At what point in your guys’ lives did you all decide to pursue a career in music? How did you all get started?

The group was founded several years ago, seeing a number of different faces over time, but that hasn’t stopped us from pursing the same mission in seeking to wow the world with our musical talents. The girls you see in Dorothy Milone today had all started singing back in grade school and have sought to make a living off of our craft. Two of the current members attended the renowned Duke Ellington School of the Arts.

Has your guys’ upbringing played a role in shaping who you all are and defining your group’s sound today? If so, how?

Definitely, growing up in the D.C. area wasn’t always exactly easy for us. Different obstacles arise for young black women in the city ranging from crime to abusive relationships and an environment heavily influenced by drug use. But, these obstacles pushed all of us to continue seeking a positive outlet to divert our attention from the negative things around us. The Pop/R&B sound that we avail ourselves of is one which allows us to have fun with our abilities while also reflecting some of our internal pain and personal dilemmas within our music.

How would you all describe your group’s sound to readers who may not be familiar with your group?

We would describe our sound as one which fluctuates between both Pop and R&B. Some of our songs probably resonate more with young high school girls who simply long to party with friends and enjoy life, yet others appeal more to the independent woman in her 20s who suffers a challenging romantic life. The majority of our songs appeal to both audiences though, and the fellas love to watch these beautiful ladies do their thing as well.

Do you guys have any hobbies outside of music? What do you all do to stay creative?

We loves to spend time with family and develop a lot of our creative ideas from hanging out with our loved ones. Music is all about different life lessons, and there is no better way to learn those lessons firsthand from the people they love. We also enjoy making time to hang out with each other outside of rehearsals and the studio for much needed girls’ nights. Roller skating and movie watching are two activities that we never miss out on. We also love playing our new game called “Dorothy Dash,” which is available in the app store and on Google Play. It’s a fun game which allows the player to select one of the group members to race to the main stage. Not sure which course has more obstacle for us, the game or real life (haha).

Who are some of your group’s main musical influences?

Some of our main influences include Destiny’s Child, TLC, The Pussycat Dolls, and Aaliyah.

We would love the opportunity to collaborate with Nicki Minaj. Nicki is a Hip-Hop veteran in the music game, and she could truly bring another style to our musical flair, which would satisfy song listeners across the globe.

Now onto your group’s release, “Lucky.” What inspired this song?

The song was inspired by suboptimal men who tend to waste the precious time of us.

What is “Lucky” about?

“Lucky” is about the great fortune that past boyfriends have experienced from getting to know the us fabulous ladies, even when they may not have deserved the opportunity.

How did the music video for “Lucky” come about? What was your group’s vision for the video?

We actually tried to think outside the box a bit when developing the music video for “Lucky.” It was around Halloween time when the video was shot, so instead of making a basic video to correspond directly to the lyrics, the group decided to make the video about shady guys being lucky to not lose their lives when inappropriately dealing with a group of fierce women.

What message do you all hope fans take away from your group’s music and from “Lucky?”

We hopes that our male fans will truly learn to cherish the person they are in a relationship with rather than take them for granted. We hope that the ladies will acknowledge their great value and never settle for being treated less than they deserve to be treated in a relationship.

What’s one of your group’s proudest moments of your guys’ music career so far?

There are two that come to mind. One when we received the “Female Group of the Year” award from the Titan Arts. This honor came from our peers, fellow musicians, and the community. The other was having our single, “Gas U Up,” played in our hometown on a major radio station, WPGC 95.5.

What would you all say are the greatest lessons you’ve all learned so far?

The greatest lesson that we have learned, thus far, is to never let somebody who has no effect on whether you succeed or fail prevent you from chasing your dreams and living your life to the fullest. Another lesson that the group has learned is to never give up on doing what you love no matter how hard things become.

What’s next for you all? Are you guys’ working on any upcoming projects that we should be on the lookout for?

We will be updating our game, “Dorothy Dash” – adding new power-ups and special features.
In May, we will be re-releasing our single, “Gas U Up,” with a fun and very relevant music video concept.
Now that venues have opened back up, we are excited about our live performances:
National Cherry Blossom Festival – April
Broccoli City Fest – May
Capital Pride – June
Negro League Hall of Fame Baseball – August
HBCU College Tour – September

Where can we follow you all on social media?

Be sure to follow Dorothy Milone on Instagram and TikTok: @Dorothymilone. All of our music videos can be seen on YouTube and Dorothy Milone singles can be played on Spotify and iTunes.