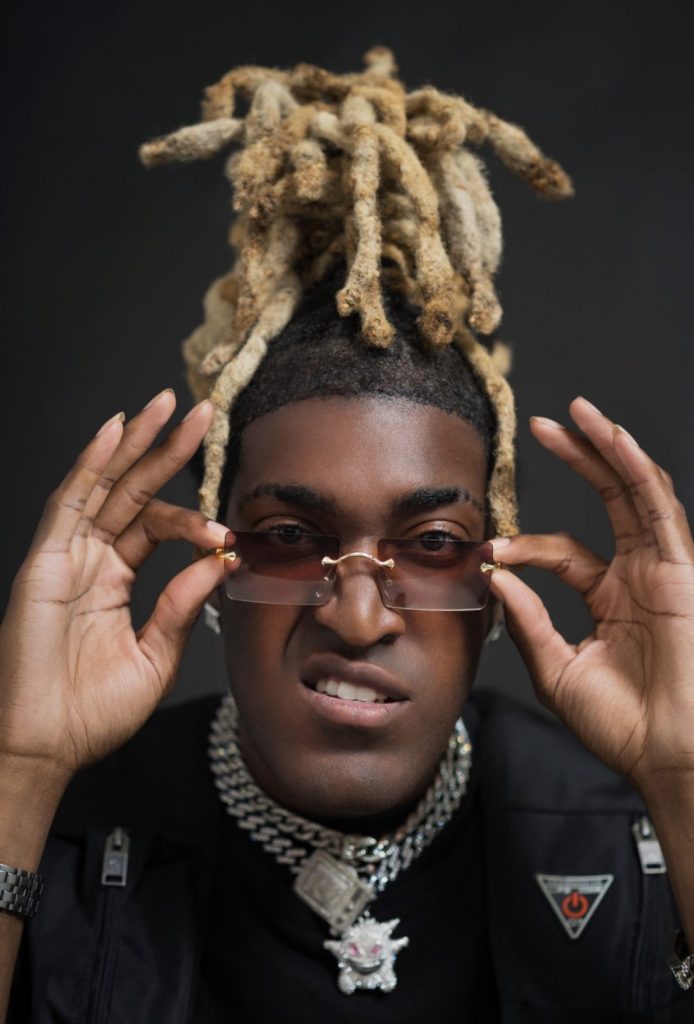 Los Angeles-based Hip-Hop meets Pop artist KeeZY, also known as “Black Bieber,” is known for his incredible versatility and non-traditional approach to music. Defined by years of fighting for his acceptance, the artist uses innovation and unpredictability to confidently showcase his talents. A natural at singing, rapping, and crafting hooks, KeeZY is very strategic when it comes to songwriting. There are many artists who have tried multiple styles of music to show their versatility, but KeeZY has made it a point to master and embody two completely different genres of music as KeeZY himself and his alter ego, “Black Bieber.”

In his forthcoming full-length, the “Ec-lec-tic” album, over 120 songs were written for consideration, with the track list changing over three times before the final songs made the cut. With themes including lust, empowerment, and navigating the industry while reaching for success, the “Ec-lec-tic” album is a bold fusion of Pop, R&B, Hip-Hop and Trap.

With his single, “I Miss You,” out now, we took some time to hear more from KeeZY. Read below to learn more about KeeZY, the story behind his single, and what’s to come.

Hi KeeZY! Let’s start with how did you get your artist name?

The name KeeZY came about in a sort of ridiculous way. I learned a lot of different skills and became someone a lot of people came to for different things, so people started calling me the Key. Along with that, I do my work exponentially fast, so people started saying, “it ain’t easy being keezy,” and the name stuck. The capital letters I identify with are based on my living and deceased aunts and uncles who played different roles in my life.

I was born in Cleveland, OH. I moved to Atlanta, GA before the pandemic, and now reside in Los Angeles.

One night, I went into my sister’s room, she was playing an old Bow Wow album, and it immediately caught my attention. I stayed in her room all night listening to classic Ludacris, 50 Cent, Bow Wow, Nelly, and others. I immediately fell in love with Hip-Hop and wrote my first song. This was in 2007. 15 years ago.

How I was raised and what I had to deal with definitely impacted the direction of my music, mainly, because my music is based in ego. More so focused on me being self-made in my career. I never really had the help that I needed, so I had to “figure it out” almost every time. It is expressed in my music.

The best way to describe my sound is that it is a combination of statistically all your favorite artists. I’ve studied the greats and always considered myself one of them, so even though I combine their styles, mine overpowers them all.

One of my biggest hobbies is film. I write, direct, and produce films and TV series. I started in cinematography 10 years ago when I couldn’t afford to get my music videos shot. I had to learn and purchase equipment to get my projects done, and continued to perfect that craft.

My biggest influences in my Hip-Hop music are Drake, Lil Wayne, Big Sean, and Kanye West. My song is pretty much exactly what you’d expect if they all were combined. Same for my RnB/Pop songs that were inspired by Chris Brown, Justin Bieber, The Weeknd, and PartyNextDoor.

A few of my dream collaborators in the industry include Kanye West, Ellie Goulding, and now, Ariana Grande. Most of the music that I anticipate making are in genres that most people won’t expect from me.

In music, I hope to make history, and I know everyone always says this, but I’m confident this is why I am here. I plan to create the next “Young Money” wave. Not only promoting my own music, but multiple other talents I have coached over the years.

Now onto your release, “I Miss You.” What inspired this song?

“I Miss You” was inspired by the relatable trials that everyone goes through when trying to make a long-distance relationship work. I myself am not in one, but I have been, and I try to use multiple perspectives other than my own when writing my music. The track was inspired by an overwhelming feeling of a long-distance relationship – building anticipation that you can’t really act on for the time being.

What is your favorite lyric in “I Miss You” and why?

My favorite and most relatable lyric is, “send me a pic of you, my only issue, is how can I get to you,” because it is so relatable to anyone’s situation.

What message do you hope fans take away from your music and from “I Miss You?”

My music is meant to sooth. Complex production and quality, so that you can listen to it over and over again. It’s a requirement for me. “I Miss You” specifically is meant to show my versatility. Almost everyone who hears it for the first time always says, “Is this you?” Even if they are a longtime fan already because I try different techniques with my voice.

What was your biggest setback in your career?

My biggest setback in my career was trust. I’ve trusted multiple individuals who have either not delivered on their promises or completely ran off after being paid. It is hard for me to ever blame myself for where I am because, most of the time, I do my part. It has been a learning curve that I am glad happened the way it has.

My greatest lesson on my journey has been to trust my own instincts and not to go by anything anyone else wants for you. That goes deep and far. I’ve gained the most momentum and success doing what I wanted to do with my career.

In April, I will be releasing my album titled, “Ec-lec-tic,” which is a double-sided album with one Hip-Hop side and one RnB/Pop side to showcase my versatility. Following this album, there is a lot to come beyond music that I am yet to announce to the public.

Anyone can follow me @KeeZY_VOHH on all platforms. I am releasing music videos to both my recent singles in the coming weeks, and they are sure to excite you!