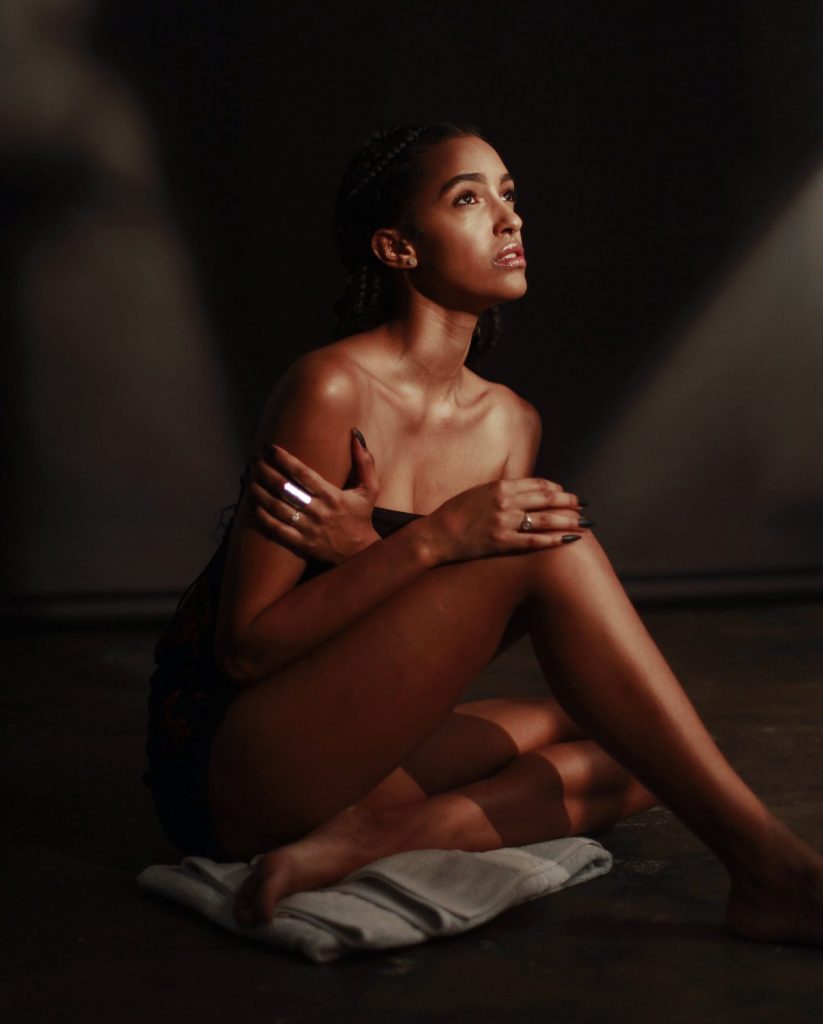 A Los Angeles native with an extensive background in ballet and theatre, R.E.N now resides in New York City where she models full-time, working most notably for Giorgio Armani, Dolce & Gabbana, Revolve, & Estée Lauder. Immersed in the arts from a young age, R.E.N recently decided to delve into a new artistic passion — music.

With her single, “Rendezvous,” out now, we took some time to hear more from R.E.N. Read below to learn more about R.E.N, the story behind her latest single, and what’s to come.

Hi R.E.N! Let’s start with how did you get your artist name?

Hello! R.E.N is actually a play on the last three letters of my first name, Lauren.

I grew up all over Los Angeles, then moved to NYC to pursue modeling full time in 2019. I’ve been based here ever since.

Although I’ve been involved in the performing arts since I was 8, when I started ballet, I became involved in music much later on. I trained at LACHSA throughout high school, and in my senior year, branched into musical theatre. Still, I knew my lane was acting and dancing, so I honestly lip synced my way through that haha. Growing up, my family encouraged my talent in theatre and dance, but always told me singing wasn’t my strong suit. It wasn’t until I was admitted to a cognitive behavioral center after suffering from a mental breakdown during COVID isolation that I began to believe that I could actually sing. An older inpatient and I became fast friends, and he happened to have a guitar, so each night after dinner he’d teach me to play a bit. I confided in him that I always wanted to sing, and he encouraged me to chase that dream. Fast forward, my boyfriend, at the time, dumped me as soon as I was discharged, so I moved home to LA where I met and became fast friends with my neighbor who happened to be a Grammy nominated producer. He recorded my first cover and a few months later my first original song in July 2021.

Because I grew up dancing, music has always been a prominent art form throughout my life. So, going from expressing myself through movement to expressing myself through music felt like a smooth transition. On top of that, my mom always had the best taste in music, so it wasn’t uncommon to wake up to Amy Winehouse, drive to school listening to Robin Thicke, and eat dinner with some Nora Jones, all of whom contributed to shaping my sound.

I’ve found my voice, but I’m not quite sure I’ve settled on a sound yet. For now, I’ll just continue making music and wait for the sound to reveal itself.

As a full-time model, each job brings a new creative team with completely different visions from the last. Being able to interact with these unique creatives and act as a canvas for their work keeps my life very interesting. Along with that I’ve danced since I was 8, and it’s a skill that I still keep up with along with writing and acting.

What’s your favorite part of the recording process?

I always go to the studio imagining how a song will sound to fit the lyrics I bring in, but after showing my favorite producer what I have, his brilliant mind takes over. I leave with something completely different melodically, and I f*ckin’ love it.

As basic as it may sound, I love the Pop princesses: Ariana Grande, Selena Gomez, and Britney Spears. Amy Winehouse’s soul and vulnerability also inspires me as does Lorde’s. I look up to Beyonce in every way from her talent to her work ethic to her kindness, and I find Rihanna to be quite the bad*ss, something else I aspire to be.

Being an independent artist is amazing, it gives you complete control and creative freedom; however, seeing as I’m rather new to this industry, I’d think I’d benefit from signing with a label that could guide and fund my future endeavors. I plan to release a complete EP followed by and album one day, and my ultimate goal is touring. Performing has always been my favorite part of acting, dancing, modeling, and singing is no exception.

Now onto your release, “Rendezvous.” What inspired this song?

After a friend showed me my ex’s anniversary post with his new girlfriend, I dissolved in tears calculating our relationship overlap. Though they tried, my friends couldn’t console me, so I turned to writing. Starting as an emotion-fueled journal entry, 45 mins later, I had a complete song, which I took to my close producer friend who turned the sad ballad into an upbeat bop. I couldn’t resist the irony of releasing it on Valentine’s Day.

What is “Rendezvous” about in your own words?

“Rendezvous” offers a glimpse into a heartbroken girl’s mind, where her ex permanently resides. It’s a tragedy when the love of your life leaves you behind for another girl, and no matter how hard you try to force the images out of your mind, all you can think about is the two of them together in that honeymoon stage bliss. Meanwhile, our protagonist has been bettering herself, hoping to reignite the flame with her former lover. Unfortunately, it’s futile seeing as he “quit too soon and fell [for someone else] too fast;” however, upon zooming out, she realizes the monumental heartbreak that ails her is merely a blip in the grand scheme of her life, nothing more than a “Rendezvous” with plenty more to follow.

How did the music video for “Rendezvous” come about? What was your vision for the video?

The concept initially started when I connected the song’s 80s-like beat to the 1980’s Jane Fonda aerobic video era. From there, I began to think of crimes of passion. Stephen King’s “Misery” came to mind, a story that follows a fanatic, former nurse who tends to her all-time favorite author after his nearly fatal car accident. When he let’s her read his latest manuscript, in which he kills off her favorite character, the caretaker loses her sh*t by hobbling him then forcing him to create a version to her liking. She’s a good person at heart with her version of true love for her captor, it’s just buried deep, deep under her psycho, and I like that. For those unfamiliar with the “Hot Crazy Matrix,” it’s essentially a scale of how crazy a woman can be in ratio to how hot she is (e.g. a 9 hot could be a 7 crazy yet equal “wife material” while a 6 hot + a 7 crazy is equivalent to a “no go”). With that in mind, I thought of Barbie, the doll that sets unreasonable beauty standards believed to represent the “perfect woman.” Well if she’s a 10/10, that b*tch is probably batsh*t! Enter the music video’s overall “Barbie” motif. Seeing as Barbie’s known for her innumerable careers, it seemed like a no brainer to have a 1980s Aerobic Barbie along with a Nurse Barbie and finally a 1950’s housewife Barbie, fed up with having to hold her tongue. Freaky, I know, but that’s just my mind.

What message do you hope fans take away from your music and from “Rendezvous?”

Emotions are transient. The heartbreak that seems insurmountable now, will pass with time. I also hope to provide perspective, reminding listeners that in life, they will have multiple great loves. Release the pain from the last, so they may open their hearts to the next.

When I conceptualized, co-choreographed, and directed my first music video, then watched the views climb to 20K. I felt pretty frickin proud, and it was extremely rewarding.

Foreword: Thank you to my patient musician friends who take the time to explain and guide me, y’all are real ones. The most basic, yet pretty important lesson I’ve learned so far is that it’s imperative to mix and master a song…in that order (whoops).

Although I have a complete EP written and recorded, I plan to release singles paired with visuals for now until I decide on a concrete intention for my new found career.

Follow this link linktr.ee/LaurenForge to all of my socials along with a GoFundMe created to raise money for Sad Girls Club, a nonprofit organization striving to provide therapy for women who otherwise couldn’t afford it.