Maggie Lindemann Brings Egoists Back to Earth with New Single, “you’re not special” 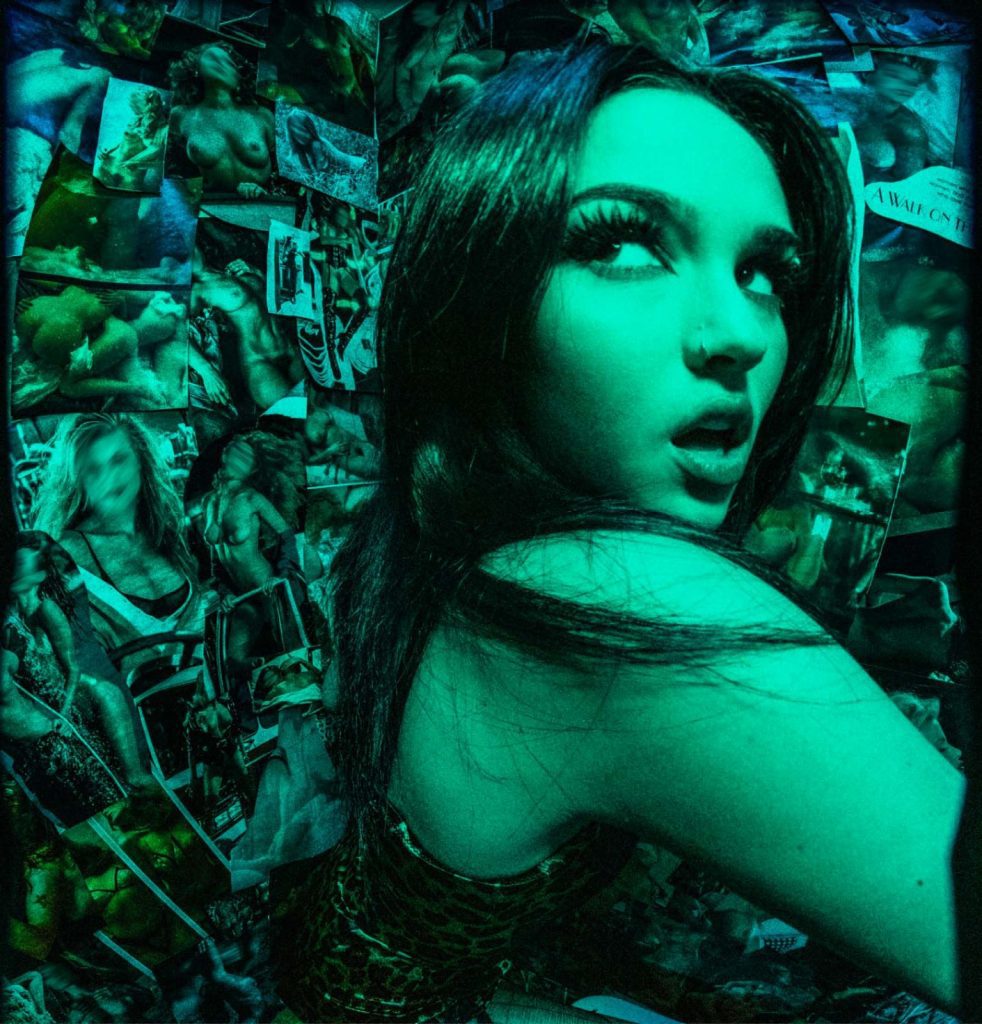 The alternative scene has shaped Maggie Lindemann into the fearless artist she is today. “I love everything about it. I think the community of people and what it stands for and just the overall vibe, honestly. The aesthetic of it, the music…I really just love everything about it. It’s just crazy, because I grew up listening to alternative music – pop punk, rock, all that stuff. So for me to be embraced by everyone in it and to be able to make music in the genre has been just such a dream,” she says. She’s been flying especially high lately and had the opportunity to collaborate with Kellin Quinn on her recent track, “how could you do this to me.” “That was one of the craziest moments in my career for sure. I’ve looked up to Kellin forever. Sleeping With Sirens is my favorite band. So yeah, that was insane.” Maggie is a fierce trailblazer in a genre that tends to ignore the contributions of women. “Some of my favorite artists in the alternative scene have been Gwen Stefani and Amy Lee and Garbage and all these people that are women in bands. I don’t know why we are so overlooked, but we’ve made such an impact on the scene. Women have made such a big impact. I don’t know why we’re still overlooked. I guess it’s seen as maybe more of a masculine genre. There’s so many amazing alternative artists that deserve the same amount of recognition, if not more so. It’s definitely weird.”

Her latest single, “you’re not special,” addresses those uniquely irritating people in your life who falsely assume they live in your mind rent free. “I’m pretty sure ‘you’re not special’ was the last song I wrote on the album. We needed one more. I went in with the intent to make a song that sounded exactly like that and then we just got it, which was a really crazy thing because it doesn’t always happen like that. It’s about the person in your life that constantly bothers you, but they think they have a bigger impact on you and they’re not really that special. They think they are, but you don’t really think about ’em too much. It’s that person that thinks they get under your skin. They think that they bother you and annoy you and whatever. And you kind of just brush ’em off. They’re not really that special.” Songwriting symbolizes emotional catharsis for Maggie. “Music is just my therapy. I have to get things out to move on in life. I don’t actually go to therapy, so writing is my therapy. To move forward and move on from a situation, I have to write about it. So I just write everything. In my sessions, I usually work with the same group of people who know me really well. I trust them. I always feel safe to get super vulnerable and talk about real stuff that I’m actually going through to get the music that I write. I think the more vulnerable you get and the more in depth you get, the more relatable it is.”

Maggie’s upcoming debut album, SUCKERPUNCH, is meant to be as jarring as it sounds. “It’s definitely a whole experience. The reason I called it SUCKERPUNCH is because in the writing process of making the album, I felt like I was hit by so many unexpected blows and changes in my life. Throughout the album, you hear about all these different things I’m going through. Whether it’s someone not being special to me, someone being way too special to me, someone trying to break me down, feeling lonely in a relationship, being in love with someone that you’re not in a relationship with, all these different things. It’s a ride through the last year and a half of my life.” From “break me!” describing the daydream/nightmare dichotomy of intoxication to “how could you do this to me“ being a suffocating ode to unhealthy codependency, the drive for dominance pulsates through the bloodstream of the album. “Whether it’s someone else having the control over you or just not really having control over yourself, power and control are common themes in several of my songs.”

Horror is the central inspiration for SUCKERPUNCH, down to the smallest stylistic detail. “For the album rollout, we created this website where you can do puzzles and unlock cover art and song titles. It was super inspired by Saw and The Matrix and even my album font is Matrix inspired. This music video [for ‘you’re not special’] is inspired by Death Proof by Quentin Tarantino. I’m really inspired by horror movies and just movies in general.” If it involves women fucking shit up, Maggie is all about it. “Even SUCKERPUNCH is a movie reference. Sucker Punch is this really crazy movie about this girl who gets put in this home and likes to fight and do all this crazy shit. It’s about super women and it’s so empowering. The cast is all women. It’s really sick.”

SUCKERPUNCH represents the culmination of countless trials and tribulations. “I’m really excited. I feel like I’ve been done with it for so long that now I’m like, ‘I just wanna get it out.’ It’s less nerves now and more, ‘Let’s just get it out.’ I’m really proud of it. It took me the last year and a half to write it. I’m just ready to move on to the next chapter honestly and start my next album. I like to move quickly. I’m ready for it to just come already. I’m tired of waiting!”  She will be staging two pop up shows – one in LA at Moroccan Lounge on October 15 and the other at The Mercury Lounge in New York City on October 19. “We’re doing a couple pop up shows in LA and New York to give a little preview of SUCKERPUNCH. I’ve done my own little popups, but years and years and years ago. This would be my first real thing where I’m performing a body of work and I feel like it’s super me. I’m really excited to do it. Hopefully after that, I’ll be able to do a tour.” Her career is just beginning to find its wings. Maggie is the alternative Athena we’ve been waiting for. SUCKERPUNCH drops September 16th.