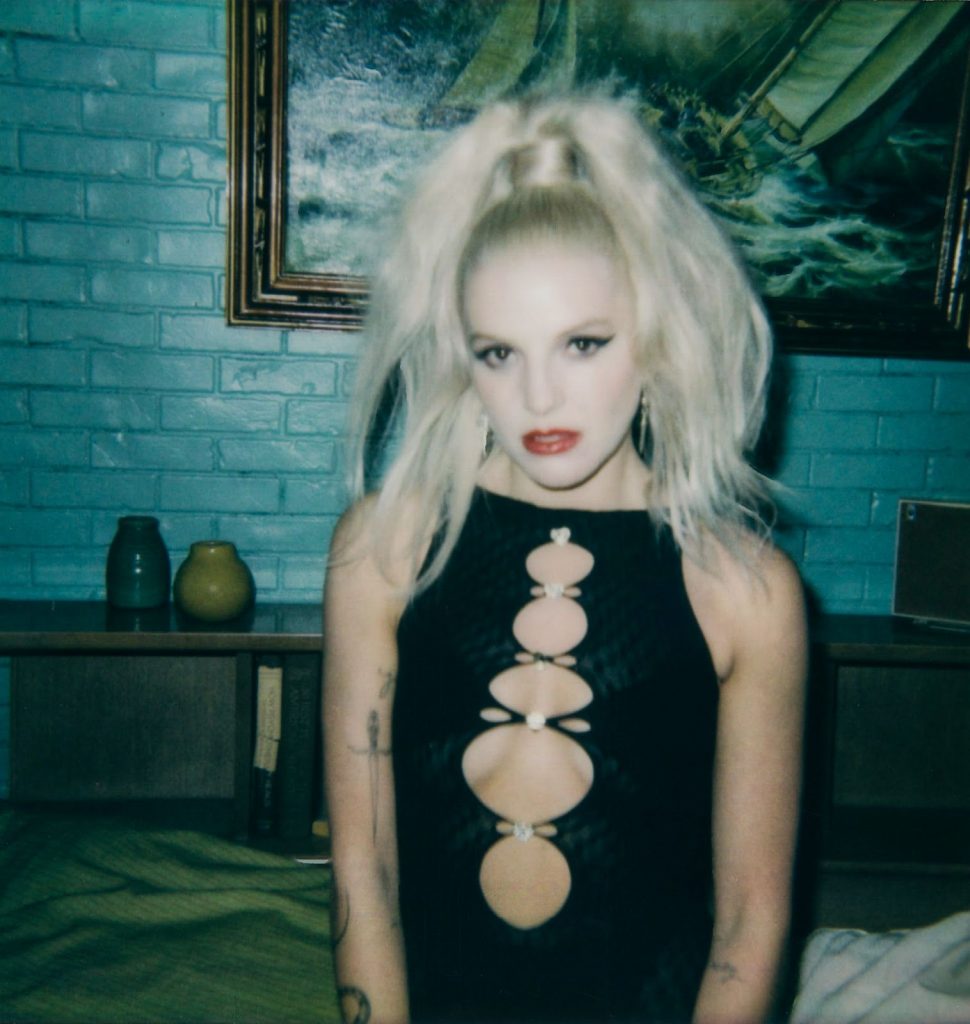 April 21, 2022 — Australian producer and singer-songwriter GG Magree returned to Monstercat today with her angsty anthem, “Already Dead.” Each new single from her highly-anticipated EP, ‘Dichotomy,’ sees GG lean further into her foundational rock influences and Courtney Love aesthetic. Her gritty vocals carry the guitar-driven hooks and punchy drums that conjure notes of nostalgia in their punk-fueled stylings. Beneath the power chords are stories of GG’s past, facing her inner demons and self-inflicted heartbreak.

GG Magree shares, “I think vulnerability is so hot and I’ve fallen in love with all my “broken” parts. Love is the most addictive feeling in the world. It’s just two people fighting to feel alive. “Already Dead” tells a story about me trying to find the balance between pleasure and torture. It’s a beautiful disturbance and I couldn’t be happier about it.”

Alexandra Shipp comments, “To say it was a pleasure to work with the uber-talented GG Magree would be an understatement. I was honored to play opposite such a brilliant artist. It’s no secret she’s one of my best friends, but digging deep and tearing this video apart was insanely fun! The world is ready for the magic that is GG. I know that she is the talent the world has been waiting for. I’m so excited to watch her rise into the superstar I know her to be.”

Janush adds, “‘Already Dead’ is a brave concept. It’s about self-awareness. It’s an inside look at why GG’s character’s relationships fail. The failures feel inevitable. The story is very open-ended. You can decide for yourself. Is she aware of her shortcomings? Is she trying to do better, but she can’t help it? Or is she taken over by an obsession, an urge to hurt those closest to her?”

GG closes with, “I was so lucky to have my best friend and wifey [Shipp] play the lead in one of the relationships, as we already have a love for each other that is deeper than words and she’s one of the most insane actresses I’ve ever witnessed. The chaos in our scenes is beyond beautiful. Christian really portrayed the ‘submissive’ in the second relationship which drove the story home and he’s so aggressively good-looking he’s almost too hard to look at. My guy Janush, who directed and brought the vision to life, went crazy on this clip. This is the second video I’ve worked on with him and his attention to detail is wild. I’ll tell him my vision and he takes it from a 6 to a hard 10. It’s always been tough for me to find people to connect with visually on my art and Janush crushes it. He’s a god.”

Ahead of her EP release on May 19, GG continues to dominate the live circuit, both with her full band, The Lucifers, and new side-project, So Tuff So Cute. With her Weekend Two performance still to come at Coachella, she’s next set to take on some of the world’s biggest stages at EDC Las Vegas, Tomorrowland, Veld, and more.

GG Magree is an Australian-born artist whose unique punk rock & bass sound has catapulted her to sold-out shows across the globe; with performances at major festivals including Coachella, Lollapalooza, Firefly, Ultra & more. GG has been sought after for collaborations with some of the hottest producers in music – among them her vocal debut with electronic royalty NGHTMRE & Zeds Dead – a track with over 35 million streams on Spotify alone.