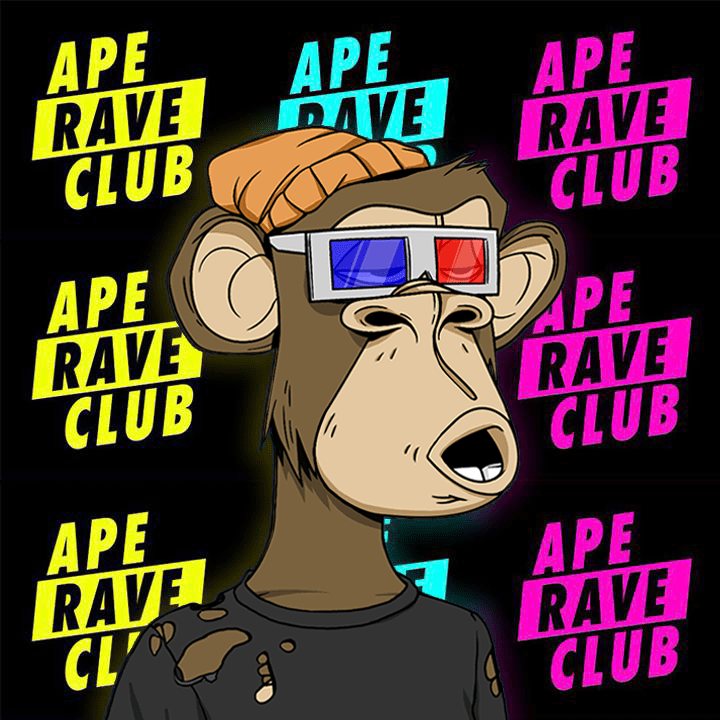 The world’s leading electronic dance music festival – Tomorrowland – has announced that NFT artist – Ape Rave Club – will headline this year’s festival with a debut performance on the main stage on July 24. The event will mark the first live performance by an NFT artist at a major music festival. Ape Rave Club, a digital artist emerging from the Bored Ape Yacht Club NFT collection, will make their first live appearance at the most significant stage in the electronic dance music scene – the iconic main stage of Tomorrowland. The festival is expected to attract 600,000 live attendees and millions of more people across the globe via livestream. Ape Rave Club‘s  performance will be a first-of-its-kind visual experience that fuses the digital and physical worlds for audiences in an all-new way.

Born on the blockchain, Ape Rave Club plans to release original crypto-native music via NFT platforms, and aims to be one of the first decentralized artists in the music industry. This means fans will be able to govern elements like artistic direction and even share ownership in Ape Rave Club alongside the broader community. Music will also be shared via traditional streaming platforms. In 2020, Tomorrowland premiered their digital festival, Tomorrowland Around The World. The spectacular two-day interactive event brought together the biggest names in electronic dance music and the best technologies in 3D design, video production, and special effects. Now, they continue to build out this universe of experiences by merging the worlds of real-life and the metaverse in collaboration with Ape Rave Club. By embracing the social and technological movement, Tomorrowland opens the largest electronic landscape platform to include an exciting new era of artists and musical performances.

Ape Rave Club is the first digital artist born on the blockchain to perform at a major festival, but stepping on stage is only just the beginning. Combining the universal language of music and blockchain technology, expect NFT drops with real-world utility, special experiences, and endless ways to connect with fans on a whole new level. Keep your eyes peeled for more updates coming soon at Ape Rave Club.

Tomorrowland is one of the largest music festivals in the world held in Boom, Belgium. The festival first started in 2005 and has since become one of the world’s most notable global music festivals. It takes place every year in summer and stretches over 3 weekends in 2022, welcoming 600,000 attendees from over 200 countries, and selling out in minutes year after year. Over the past 16 years, Tomorrowland has become a true global phenomenon that connects people from every corner of the world. This year’s edition will feature a special theme named “The Reflection of Love“, taking place on 15-17 July, 22-24 July & 29-31 July. More at: Tomorrowland.