An Interview with Recording Artist and Actress Callaghan Belle 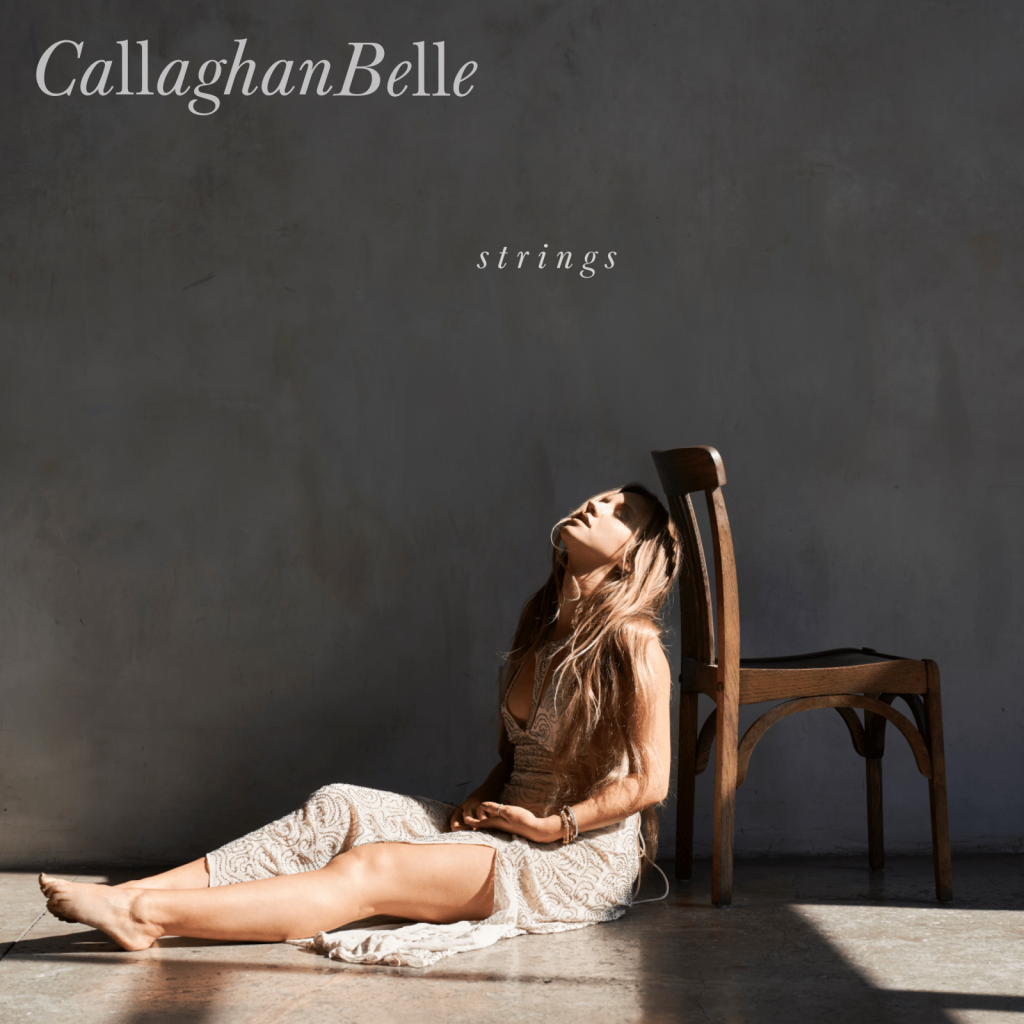 Callaghan Belle is a recording artist, songwriter, multi-instrumentalist, producer, and actress. Her work ethic is truly a sight to behold. Born and raised between Detroit and various world tours (Anita Baker, Bob Seger), she started writing music at eight years old and signed a record deal by the time she was in high school. Around then, she also began a successful career as a voice artist – her unique ability to sing and read voiceover script proved a successful niche that booked her a variety of national commercials from a young age. As a songwriter and producer, she’s also had many incredible opportunities like writing songs for Pop/R&B artist JoJo and Grammy winner Colbie Caillat, with tracks featured on Netflix’s Extinction and Bye Bye Man. Now living in Los Angeles, Callaghan has released a multitude of self-produced and self-written music including an album, an EP, several singles, and even a self-directed music video for “Sleepwalking” during lockdown.

Throughout childhood into her late teens, Callaghan was writing and producing music faster than she was permitted or able to release it; 2021 marked the year that she finally released all that was still worth hearing. She used this past year to create an entirely new sound – “strings” marks the beginning of this new chapter, with releases planned every other month through the end of 2022. She also has an upcoming movie role that she’s filming in Atlanta in May.

With her single and music video, “strings,” out now, we took some time to hear more from Callaghan Belle. Read below to learn more about Callaghan Belle, the story behind her single, and what’s to come.

Hi Callaghan Belle! Let’s start with how did you get your artist name?

Well, Callaghan is my first name and Isabella is my middle name. My dad called me Belle growing up. So, it’s not really an artist name – it’s just actually my name haha.

I’m originally from Detroit. Now, I live in Beachwood Canyon in Los Angeles.

I started writing songs when the tooth fairy left me a notebook haha. So, I was probably around six or seven. I’ve always loved to sing as well, and started singing on commercials a couple years later. When I was fifteen, Ken Caillat found me on YouTube and flew me out to Los Angeles. I had the opportunity to write with his daughter, Colbie, and have been writing and recording ever since.

So, I spent the first few years of my life on tours and in studios. My dad was a sound engineer and mixer for Anita Baker, and my mom was her personal assistant. So, Anita’s actually my godmother. I had a pretty eclectic upbringing filled with some pretty iconic artists. But, because my parents were so entangled in the music business, they really didn’t want me to delve into that world. So, I spent a lot of my childhood trying to prove that I was serious about music. This ultimately made my whole career into a DIY situation where I was writing, producing, and recording everything solo. But, I think I became a better artist for it, ultimately.

It has elements of Pop and Soul, but it’s also lyrically driven. I feel like each song is different, but the newer stuff definitely has an ethereal vulnerability with an edge. I think that just mirrors my personality though haha.

I also act, do voiceover, and write a ton. I think what keeps me in flow with creativity is really just a consistent meditation and yoga practice, and trying to be gentle with myself when the creative spark isn’t happening. But, I love taking acting classes, reading, going for hikes, and going for drives. And, I’m weirdly always studying psychology haha. It’s just the most fascinating subject in my opinion. I studied psychology and political science in college, so I guess that kind of gave me the constant itch to learn something new.

The Beatles, Banks, Dolly Parton, Leon Bridges, Ariana Grande, Lana Del Rey…I’m kind of all over the map on this one.

I think to just keep consistently releasing music that feels authentic and aligned, and to hopefully reach more and more of an audience. I’d love to tour someday.

Now onto your release, “strings.” What inspired this song?

I wrote this song sometime in 2020. But, the story of producing and recording it was pretty wild.

So, I was living alone when the pandemic hit and after the first year, I was like cool, I’ve had enough alone time to last me the rest of ever haha. I’d just graduated and had a little extra free time, so I decided I wanted to move in with a friend. It was this great gorgeous purge of my old identity. I mean I was the queen of Facebook Marketplace for a while just selling everything I owned. I was leaving toxic relationships, I was releasing all the music that I had in my back pocket, I quit a job as a barista, and I graduated…anyway.

So, my friend and I decide to move in together, and we literally unknowingly moved into a construction site. Not exaggerating, within 4 days of us moving in, a construction project started that was supposed to last 37 months. There was dust on our couch. We were covered in mosquito bites. Pictures were falling off the walls. It felt like participating in some sort of psychological experiment. Obviously, recording music became impossible because there was construction from 7 AM – 7 PM, six days per week.

Fortunately, we didn’t have to live there long, and now I live alone haha, in a lovely townhouse. But, making this song saved me. I think the chaos around me is what inspired such a mellow, flowy, and grounded sound. I’d work on it every night into the morning, and on Sundays between construction noise. It literally brought me back to myself.

What is “strings” about in your own words?

This song is about when you’re let down that hundredth time and finally emotionally detach from the person. When you finally realize it’s them, not you.

This was such an empowering, yet terribly difficult place for me to get to in this particular relationship. In retrospect, I think I actually wrote this as an addendum to my song, “can’t hang.” If you listen to one, it’s quite vulnerable and attached to the story and the outcome. And then, the new song, “strings,” is very much like a feisty detached version of the same story. People have asked me what happens at the end of “can’t hang.” Like is it true? How much is true? Did it work out? And I don’t know, I kind of like the fact that even though our girl doesn’t get her happy ending in either of these songs, it’s a different, more empowering happy ending in the realization within herself. It’s also kind of consoling to know other people felt shock and sadness around that story’s ending too haha.

How did the music video for “strings” come about? What was your vision for the video?

I filmed and edited the music video myself at home. I’ve loved creating and editing videos since I was a little kid. During lockdown when there were still curfews and everything, I even did a full music video for “Sleepwalking.” It was one of those insane in-flow sparks of creativity, and it was just a blast haha. So, I guess for this song, I wanted to channel that process again. Visually, I just wanted to communicate the emotion of the lyrics and the story – which is essentially the contrast and crossover of vulnerability and empowerment.

What message do you hope fans take away from your music and from “strings?”

I’ve always been a strong proponent of resilience. But really, I just want to communicate that getting vulnerable with yourself and others and taking your healing seriously – meaning assuming position as a consequential variable, not being a victim of circumstances to the best of your ability – this leads to such a level of grounded worth and authenticity that no one can take from you. I recognize that this can be a privileged perspective, so I do want to note that it isn’t always possible in certain circumstances. But, being mindful of your own resilience and truth that’s shining through even in the worst of times – that’s powerful. It sounds cliché until you’ve been through rock bottom. I guess I just want everyone to recognize what’s shining in them even in the darkest times. I always jokingly caption things “keep sparkling and shining,” but I honestly mean that. I guess that’s more of a general message than specifically pertaining to “strings” though.

I would say working with JoJo was pretty amazing. She was the reason I started singing, so hearing her sing something that I’d written and her asking me questions from the vocal booth was pretty surreal.

I’ve learned a tremendous amount about boundaries. A lot of our feelings about our worth and our own worlds are a result of the boundaries we’re communicating to others. And typically, excluding racial injustice and abuse, our life reflects our boundaries. I had a really gutting friend breakup in 2020, and it was so jarring to experience someone talking to me and treating me so poorly. And, ultimately, this led to me being able to take accountability for the way I was showing up in relationships. Like what am I doing that lets someone think they can treat me like that? Cue “Nicer” by Katelyn Tarver haha. That accountability factor changed my whole life.

Yes, my next song is coming out mid-March. Most likely March 24th. I am so excited for you to hear it. And, I’m filming a movie called The Nana Project in May in Atlanta.

Where can we follow you on social media? Please include links.