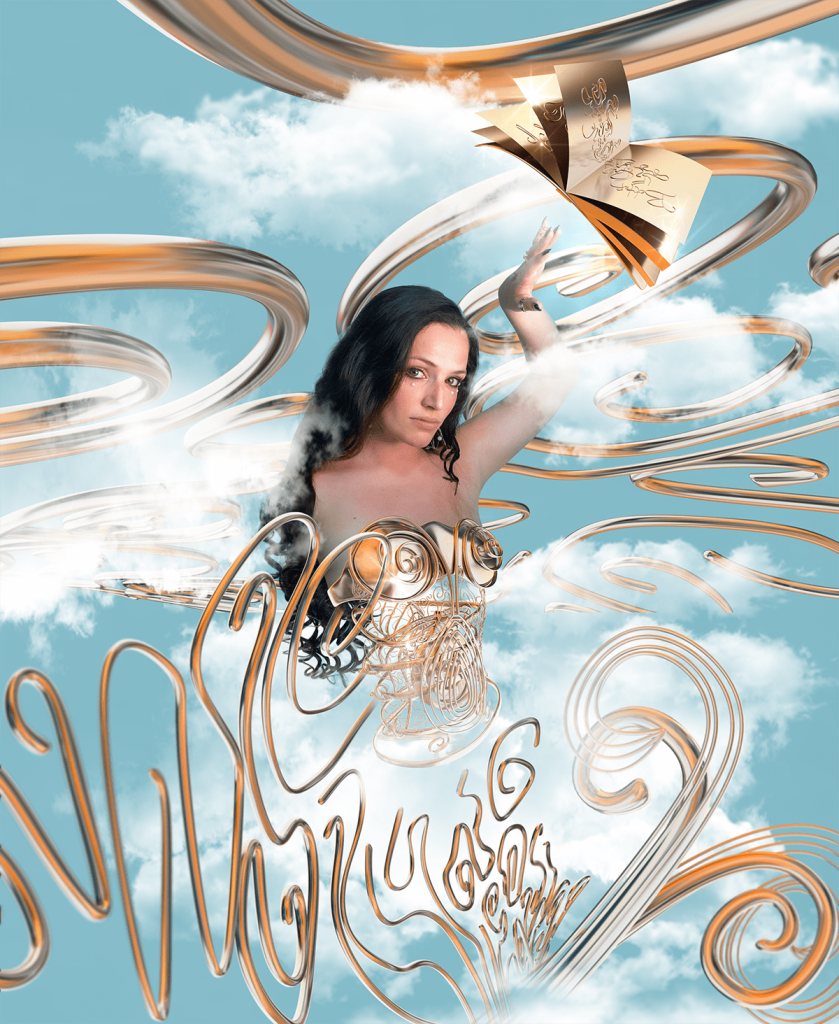 Maddie Goldberg grew up making short movies and music videos with her friends in her backyard, which evolved into a love for music, video editing, and eventually animation. The focal point of her early career was animated work rooted in the music industry, working with artists to promote their releases and tours. Maddie moved from New York City to Los Angeles in college, studying film, animation, and visual effects. During this time, her love and passion for making her own music grew. While in LA, she connected with producers and musicians who helped her find her voice and true expression while continuing her education in animation. By learning the language of new software and utilizing the labs at the Los Angeles Film School, she was able to create an animated music video for a song she had in the works, “Better if We Don’t Speak.” “Better if We Don’t Speak” is her first full effort: a self-released song with an accompanying animated music video.

With her single and music video, “Better If We Don’t Speak,” out now, we took some time to hear more from Maddie Goldberg. Read below to learn more about Maddie Goldberg, the story behind her single, and what’s to come.

Hi Maddie! Let’s start with how did you get your artist name?

This is a funny story. I almost put out this song and video with a small record label who recommended I switch my name to “Maddy Gold,” because “Goldberg” reminded the owner of his lawyer. Glad I decided to go the independent route for now and call myself what truly feels most authentic, the name I grew up with.

I am currently in the Greater Hartford area of Connecticut, where I grew up. Before the pandemic, I was living in Los Angeles, but this is where my roots are, and I intend to stay here for the time being. There really is nothing like home.

Music is deeply rooted in my life, going back to when I was a little girl. I took drum, guitar, and voice lessons when I was around 10, but abandoned the musical grind for my love of the video camera. My career goals since have been visually oriented, but after a few spiritual transformations in my early 20s, my auditory muse reared its head again and demanded to be acknowledged as its own entity.

My friends like to say that visiting my house is like attending a musical. My dad sings about everything. We often jam together in our third floor studio. He plays guitar, drums, bass, and he sings, and I do too. It’s been an amazing feeling to share this energy and appreciation for music with my dad throughout my life, and it has definitely shaped my musical journey.

If I want my music to sound like anything, I want it to sound like how my doodles and visual work would sound if they could sing, produce, and come to life. I am starting to do this in my animated work and believe the sound will come naturally; although, it hasn’t fully revealed itself yet (art never really does).

I love making visuals. Paper collage, drawings, 3D animations, and CGI-infused work are my loves. I also love to bike. It increases my heartrate and allows for unique spiritual experiences every time that I ride.

FKA Twigs, Caroline Polachek, Alanis Morisette, Tori Amos, Kate Bush, (Oh my GOD) Bjork, Cavetown, James Blake, GRIMES (sorry getting excited), Nai Palm, Kelsey Lu, Sevdaliza, to name a few. These are all artists that made their own path and are incredibly committed to their uniqueness, honoring their vision, and craft.

I would like to continue to put out videos and songs at my own pace, specifically in Web3 and the NFT space. I believe the decentralization of finance backing artists is going to change the industry, and I would love to be a part of that.

Now onto your release, “Better If We Don’t Speak.” What inspired this song?

This song was written while I was living in New York, 1 week after the implosion of a toxic relationship at the height of my alcoholism. The chorus’s first line: “Are you so surprised, that I’m crazy about you?” [It] is not necessarily a nod to the feeling of being “crazy in love,” but “crazy out of your mind.” When you’re an alcoholic, you do the irrational without blinking an eye. Recovery saved my life and priorities. It hasn’t been linear or perfect, but it’s opened my eyes to the fact that what you want isn’t always what you need, and what you want, when you’re under the influence, is usually quite an illusion. This relationship ended so abruptly that it felt like divine intervention, and that spiritual power won me over in agreement: It really is better if you don’t speak when there’s nothing left to be said. In this kind of situation, the only thing that needs to happen next is the healing of your mind, body, and soul.

What is “Better If We Don’t Speak” about in your own words?

This song details a woman once broken and reduced to nothing who builds herself back up again from the inside out, embracing her pain to, ultimately, let it go.

How did the music video for “Better If We Don’t Speak” come about? What was your vision for the video?

It started with a few sketches in my notebook. I had the song already, and I had been working with metal parts in 3D, knowing I wanted to create some sort of robot body to display the strength of a marriage between human and machine. Once I formed the idea of having a woman lying, defeated in a chair, the rest of the video sort of fell together. Each part of this woman’s body grows into place at the pace of the song. It is all very intentional.

What message do you hope fans take away from your music and from “Better If We Don’t Speak?”

Anything you can think of can be brought into the physical or digital realm. I visualized this in my mind, and utilized the tools around me to make it real. This required tons of focus and commitment. I want people to see that they can do the same thing if they commit to something they are passionate about every day.

It was this summer in a jam circle at an event in Canton, CT. I was with a bunch of musicians, and we all had an amazing connection – not having played together before. Moments like this don’t have to do as much with pride, but with joy.

Don’t talk about what you are going to do, just do it. Trying to prove anything to anyone impedes initiation into your artistic truth.

I am planning on a continuation of this video. The woman comes to life at the end…but what will she do next?