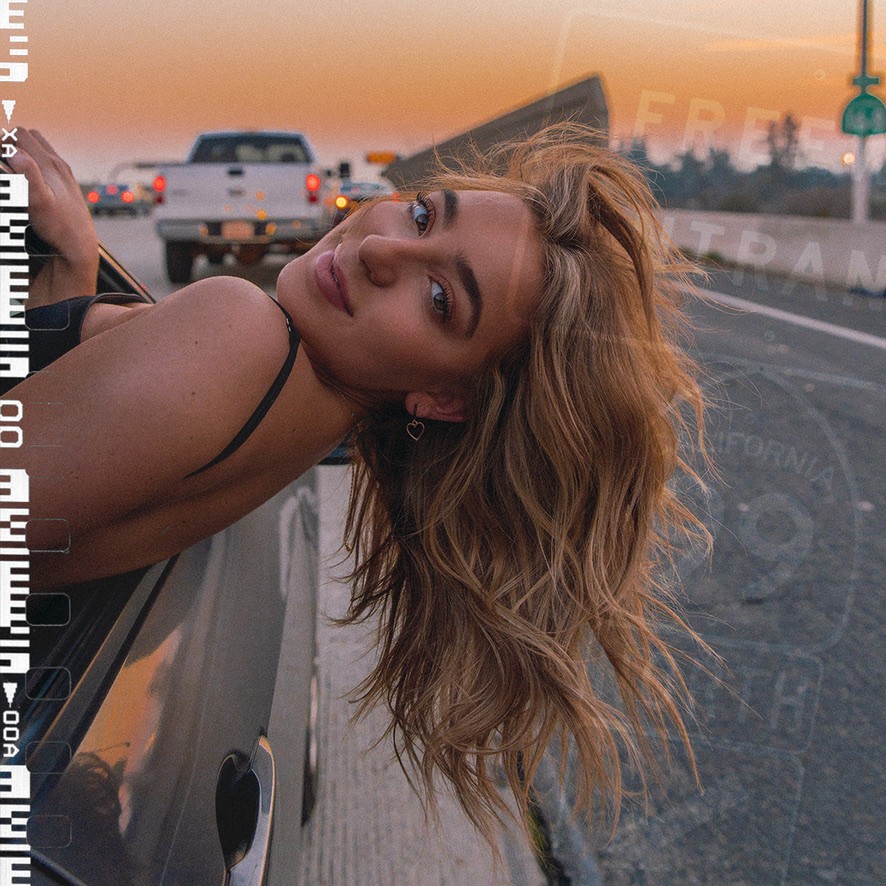 PKAY wrote her debut album alone in a car somewhere on California’s Highway 99. Driving back and forth from the studio in Los Angeles, the 21-year-old Indie Pop artist would open her iPhone’s Voice Memos app and start singing; “Letters from the 99” was the result. It’s a haunting collection of heart-on-sleeve stories, recounted by an instantly recognizable vocalist with a clear ear for Pop melodies.

Originally from Bakersfield, CA, PKAY got her start singing at churches with her grandma, who, along with PKAY’s great aunt, sang regularly with Buck Owens. PKAY didn’t start writing her own music until experiencing heartbreak at 18. But, from that point forward, expressing emotion in music became a necessary outlet.

Like Nina Nesbitt and Olivia Rodrigo, PKAY is able to bridge the vulnerability of Singer-Songwriter lyricism with the electric energy of modern Alt-Pop, an ability that allows her to make an easy home across a variety of different genres. From Country-esque acoustic ballads to R&B-inspired soundscapes, PKAY’s work finds a center in its storytelling, while, vocally, she’s capable of delivering lines with rich earthiness or aching longing.

And, like Taylor Swift, PKAY is prolific. On average, she writes between one to three songs per day, all of them expositions of raw emotion.

“Letters from the 99” is the first full-length release from an up-and-coming artist who appears poised to command wide-spread attention soon. The album was written by PKAY and produced by her with assistance from mixing engineer James Gyerman. Recorded at MIX Studios in Los Angeles, it’s the first in a series of planned releases throughout 2022.

With her single, “pls call me,” out now, we took some time to hear more from PKAY. Read below to learn more about PKAY, the story behind her single, and what’s to come.

Hi PKAY! Let’s start with how did you get your artist name?

My name is Paityn Kay, but when I was younger I was huge into dance. One of the turns that we do in dance is called a pique; the older girls at the time started calling me Pkay. It wasn’t until I got to college that I took on being “pkay” full-time. High school was pretty traumatic, so it was like I created this new version of myself that had a back bone and had confidence, and that also came with a lot of criticism. Now at 21, I have friends who don’t even know my real name is Paityn.

I’ve known my whole life that I was not meant to work a typical job. I’ve always thrived in creative aspects, and although I work 40 hour weeks sometimes, I have dreamed of being a “Pop star” my whole life. My mom has taken on a momager position. She’s like a dream catcher, and my dreams are so big and crazy she’s able to take them and say, “well, this is how we make this happen, but you have to be patient.”

My work and my heart is really just a diary. I would say that the “traumas” and “heartbreaks” are what has defined my sound. It’s real, it’s raw, and it’s pkay.

Indie Pop??? I use the question marks because I still don’t know exactly how I’d describe my own voice. I grew up a lot around Country influences. My nanny was a background singer for Buck Owens in a group called the Ray Sisters. On the other hand, my dad has a Soul R&B music background. Now, I’ve discovered this new world of independent confident female artists who have made Pop music less vanilla and maybe even dark.

I grew up both acting and dancing, and I love it. Dance played a huge part in my life growing up, and I would love to be able to share that along side my music.

When my mom first asked me this question, I jokingly told her: “I want to be so good they invite me to the met gala.” There is absolutely still truth in that, but in reality, I want other people like me to hear my songs and think they aren’t alone.

Now onto your release, “pls call me.” What inspired this song?

I will say my lyrics are extremely specific. This song came from pure emotions. It’s about walking away from something that you didn’t think served you anymore only to discover after a new heartbreak that you had everything you needed.

What is “pls call me” about, in your own words?

”pls call me” is the song for the one that got away, but the one you didn’t realize was the one until another heartbreak. It recaps old memories, but not in an angry way, in an apologetic, almost sweet way. It’s the song that makes you think maybe you were the one in the wrong.

What is your favorite lyric in “pls call me” and why?

“Choked up yelling in the basement speaking out of rage and no it don’t make sense”
Oftentimes, we speak on our emotions without thought. I’m extremely guilty of this, and I think this line perfectly wraps that up. My bestfriend, Morgan, always wants to play this song in the car, and when that line comes on, every time she says the way I say she “feels it in her soul” that is the ultimate goal for me, to make listeners feel something beyond surface level.

What message do you hope fans take away from your music and from “pls call me” specifically?

That seasons change and people come and go, but the one thing no one can take from you is your heart.

Finishing my album. I have always loved to sing, but 2 years ago to the idea of having my OWN music out there seemed completely unrealistic. This album is REAL, and it’s a direct piece of my heart.

Yes! I’m constantly writing new music. Sometimes 3-4 a day. I intend on releasing new singles in April, May, June, and hoping a new album in July.