An Interview with Benedict Sinister 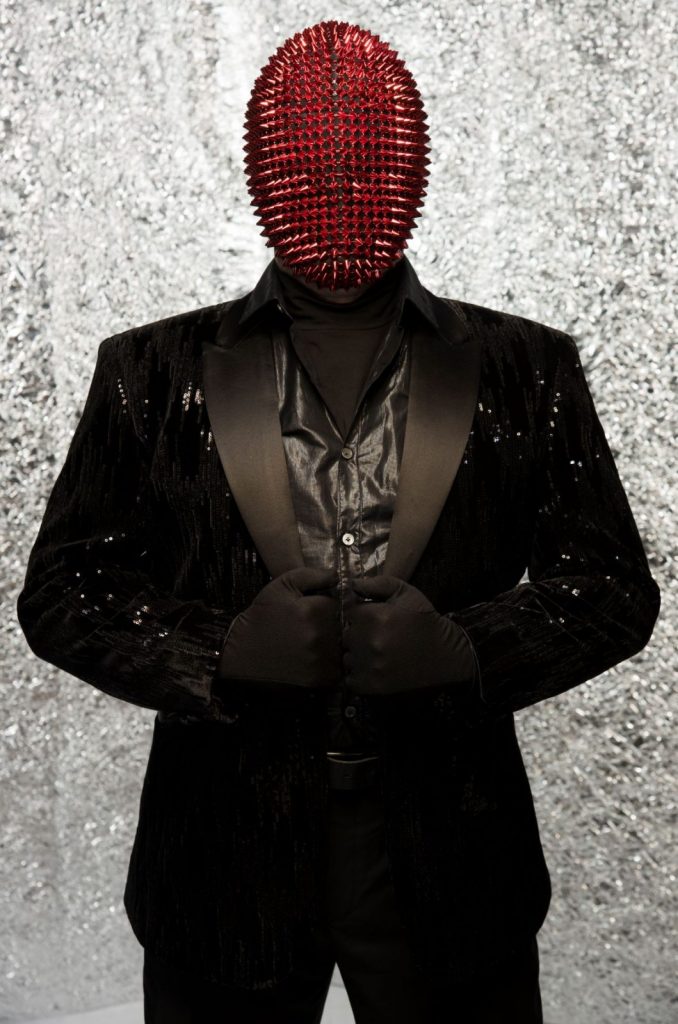 After building a cult following with his unique self-effacing songs dedicated to other musical artists, Benedict Sinister finally entered the Top Ten of the UK Club Charts in 2021 with “Going Away” – a lounge homage to the Gallic legend Serge Gainsbourg – after achieving the Number 5 Break-Out position on the American Billboard Club Chart with his “Sixteen Lines from Bryan Ferry.”

Hi Benedict Sinister! Let’s start with how did you get your artist name?

I picked “Benedict” because Benedict Cumberbatch has no social media presence, so I figured people looking for him online could stumble over me. I chose “Sinister” because its meaning is the opposite of Benedict – so my name means “blessed cursed” or “holy unholy.”

I was a classic Third Culture Kid turned Perpetual Traveler, so I’m a foreigner wherever I go. I paused in Brooklyn for a while during the lockdowns, but now I’m back on tour baby.

As a teenager, I wanted a job where I could wear a mohawk and stiletto boots. My career guidance counsellor suggested Pop star as a direction that I might be suited for.

Growing up, I learned to pay attention not only to the music that I found seductive, but also what I found offensive. If something offends you or triggers you, that means you have something to learn from it. Don’t avoid it or complain – immerse yourself in it, let it affect you deeply. It will help you evolve. You’ll come out wiser, calmer, and with better taste.

Fashion is an obsession, in its endlessly creative dialogue with music. For me, 2021 was the year of the Jacquemus la maille Pralù logo-charm cropped knitted cardigan – I was one of the few larger men to dare to wear it. A lot of amazing music issued from that encounter. As well as some uncalled for comments from Simon’s publicist in response to my many reminders that I may be available for an editorial shoot.

You know how Mariah Carey gets puppies to cuddle as part of her rider? My career goal is to adopt all the puppies when she is done cuddling them, to save them from being put down, and to give them to deserving families or to Mickey Rourke if they are Chihuahuas.

Now onto your release, “EDM Mockney.” What inspired this song?

It’s the latest volley in my ongoing beef with two heavyweights of the British music scene – Unknown P and GstaadGuy. Those fake b**tches claim to represent the voice of the upper class t*at, but they offer no more insights than a Mark-Francis highlights reel from Made in Chelsea. Mockney is the authentic language of the true upper classes. Let it ring out loud and proud!

What is “EDM Mockney” about in your own words?

Transmitting the wisdom of the ancients to a new generation of d*ckheads.

How did the music video for “EDM Mockney” come about? What was your vision for the video?

I wanted to explore the thin line between bored kids having fun and anti-social aggression. We used TikTok to cast the video and sent instructions through to the star and his friend who did the camera work, and they nailed it. I’m especially proud of the footage of him pissing and running with his pants around his ankles. Wistful memories of youth magically brought back to life.

What message do you hope fans take away from your music and from “EDM Mockney?”

All anyone cares about these days is authenticity. If you can’t fake that, you’ll never make it.

I would say writing the Jah Rule and Ashanti hit “Always on Time” – except that I didn’t write it.

At one of my early concerts someone called out from the front row of the audience that I was the biggest f*ckwit they’d ever seen – it made me realize that I possessed a great power to elicit strong emotions from fans.

My promotion with a prominent fast food chain – “the EDM Mock Duck Meal.” It’s a cruelty-free vegan burger combo made of 100% pure gluten, soy sauce, and MSG. We’re aiming for a global roll-out this summer if we can overcome the haters. Not many people know this, but in the same way there are fanatical “redneck” anti-vaxxers, there is an army of rabid conspiracy theorists opposed to succulent mock duck meals. We call them “glutards,” and they will not prevail. They say “gluten free” – we say “free gluten!” They say “soy bomb,” we say “soy is the bomb!” They say “MSG is a toxic food additive,” we say “MSGenius!” At least for the duration of the promotion.

@benedictsinister on IG – that’s the only real one. The others are fake look-alike accounts created by government agencies in an effort to influence election results.

Before you go, let’s ask you something random. When asked what she wore to bed, Marilyn Monroe famously replied, “I only wear Chanel No. 5.” What do you sleep in?

Thank you for the great interview, wish you much continued success!