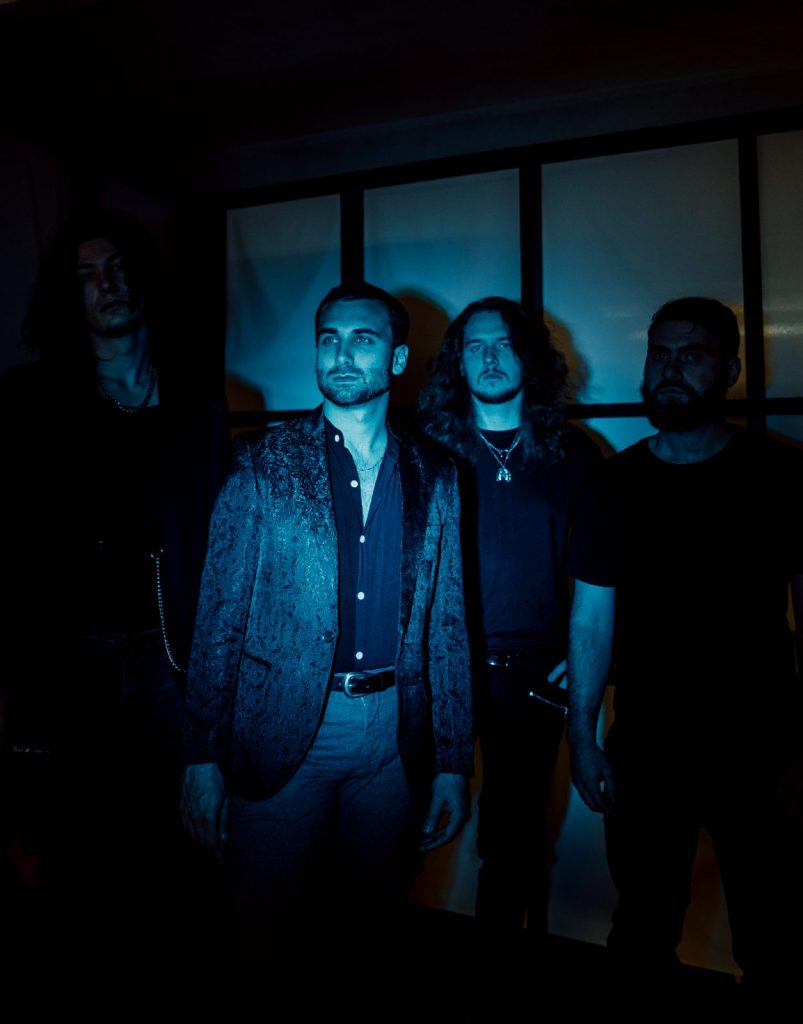 Their debut album, ‘Apparitions‘ has just arrived on all streaming services and is one hell of an album that brings together various worlds of rock into one big melting pot. According to the band, “The songs held within are unapologetically a mix of all the things that each of us love about retro and modern rock. There’s tinges of 80’s pop rock, 90’s grunge, 00’s palm desert/indie, and modern post/alternative. We spent two years preparing this for the world, and it’s our passion project album. I think when you play through from start to finish you go on this sonic adventure that has so many peaks and valleys, and I don’t think that you’re able to have expectations of what comes next in the tracklist.”

While it doesn’t appear as a concept album at first, each track ties into the same theme: what has been haunting you?

You can find that each track is a reflection of the various pivotal points in our lives, and the emotions that come with it. Swirling in psychedelia, hard-rock, indie garage, post-punk and 90s garage – the album appeals to just about every rocker on the spectrum. In the opening track “Let You Get Away”, Gentlemen’s Crow eases you right into the heart of ‘Apparitions’. A blend of surf rock, psych-rock, and hard-hitting alternative rock, “Let You Get Away” is simply put: vulnerable. It longs to keep what is familiar.

The first single from the LP, “Did I Get The Picture?”, strays more on the indie side, with a punchy guitar solo that I simply could not get out of my head.

“Taxi.To.Your.Toxic.Lover” could’ve easily been an Alex Turner track, if only he came up with it first. It’s the personal conflict one has in their mind sitting in a taxi heading to their toxic relationship – the painstaking idea that perhaps loneliness is freedom, but do we want it? And as ‘Apparitions’ progresses, we see more and more as to why Gentlemen’s Crow is the hidden gem in the Florida music scene. “Parallel West” is explosive – it’s as loud and as hard-hitting one can expect from a Gentlemen’s Crow show.

Overall, ‘Apparitions’ is THE entryway to the sound and world of Gentlemen’s Crow. You can stream the debut album yourself below.