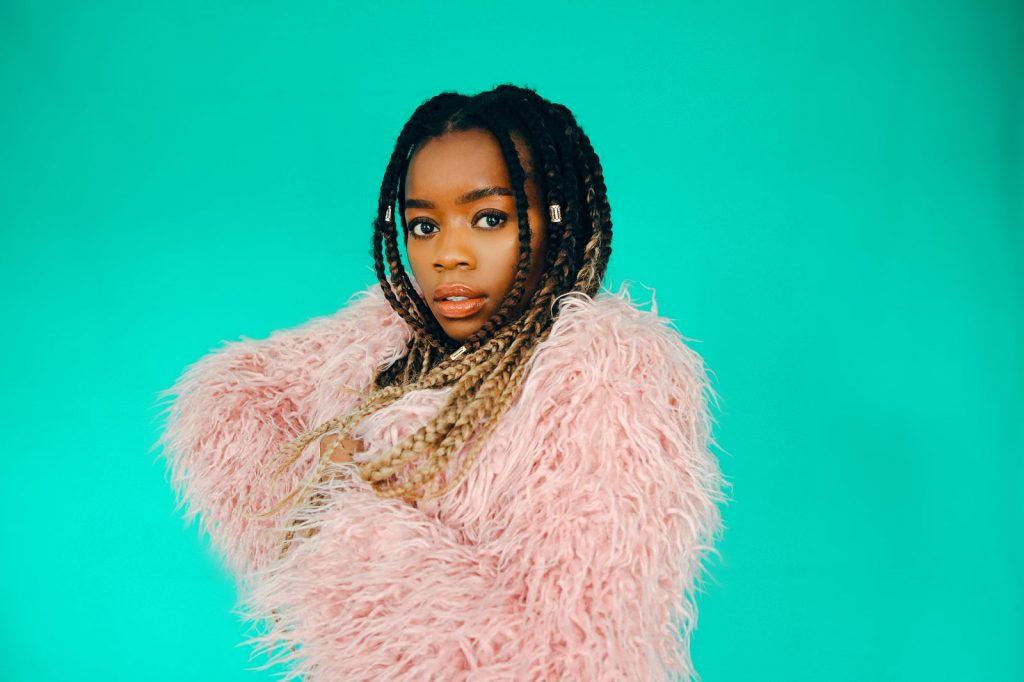 Kima Otung is an independent, self-managed Welsh-Nigerian Pop/R&B and Neo-Soul artist, signed to Warner Music publishing. Kima’s music has been featured multiple times on the UK’s hit TV show, ITV’s Love Island, as well as BT Sports. Recently, Kima’s single charted at #6 on Shazam’s Discovery Charts and her debut EP, “Note to Self,” has been played in rotation across BBC Radio and added to its “Welsh A List.” Kima has performed live sets on BBC Radio 1 and BBC Horizons, and this year she has been interviewed live on Sky News, BBC Radio London, and BBC Radio Wales.

In January 2021, Kima was awarded the PRS Women Make Music award, and she has been hailed a “rising star” by legendary BBC music journalist, Mark Savage. Kima has been written about in Refinery29, BBC News, Black Ballad, ASBO Magazine, Wordplay Magazine, Culture Custodian, Mixtape Madness, Buzz Mag, Music Insider and many more. She has gathered a fan base of over 50,000 people and has amassed hundreds of thousands of streams on Spotify. This year, Kima has already been selected as the cover and feature artist for Tunecore’s “Best of Europe” global playlists.

With her single and music video, “I’m Cute,” out now, we took some time to hear more from Kima Otung. Read below to learn more about Kima Otung, the story behind her single, and what’s to come.

Hi Kima Otung! Let’s start with how did you get your artist name?

It’s actually my real name! I pretty much thought my real name is unique enough, so I’ll just go with it. I wanted to go by “Kima” (because I’ve never met another Kima in my life), but sadly there’s a Kima on Spotify already, so I just used my full name. I think I might be the only Kima Otung in the world, which is cool. Well, that’s if Facebook is an accurate representation of the world.

I’m from Pontypridd, it’s in the valleys of South Wales. But, now I live in East London. It’s the best part of London and no one can convince me otherwise!

I started to properly pursue music only a year or two ago. It’s what I’ve wanted to do my entire life, but alas, I was born to Nigerian parents [laughs]. So, I was destined to be a lawyer, doctor, or engineer (I chose law and trained as a corporate lawyer). That actually turned out to be really helpful because I understand the legal and business side of music now, and that’s so crucial. So many artists get really screwed by signing bad deals and not getting contracts written with collaborators. Thankfully, that’s something that I’m really good at and can do myself because I have the legal background. But, I was really scared to pursue music – I didn’t know how I could ever do it, and I thought someone had to back me first before I could move forward. Then, I learnt that the best way is to back yourself and just start releasing music – you don’t need anybody’s buy-in.

[Ummm] I say I make Pop/R&B music and Neo-Soul. It’s pretty broad. I think sticking to one genre or “sound” is pretty boring. I want to make and release songs that I think are cool regardless of whether they fit one genre or sound.

This is such a good question because music has been the hobby for so long. I really love watching movies, especially romantic comedies. I always say rom-coms are my self-care. I feel like I’ve watched every single rom-com there is to watch! They need to make more! It seems to be a bit of a dying genre of film, at the moment. I also love ratchet reality TV. Wow, these are really uncultured hobbies [laughs]. What else do I like to do? I love looking after plants; I learn a lot from them. That sounds weird, but there’s a lot that we can learn from nature about abundance, resilience, and patience.

My biggest musical inspirations are Beyonce and Kanye West. But, I don’t really know who influences my sound, a whole mix of artists really. Newer artists that I love are TeaMarr and Doja Cat.

My goals are really, really big. It scares me a lot of the time. I’d love to win a BRIT award and a Grammy, build a fashion/merch brand centered around self-love and self-belief because these values are the core focus of my music (this is actually in progress), and I’d love to do a show at the O2 Arena.

Now onto your release, “I’m Cute.” What inspired this song?

This song was inspired by my self-love journey and reflecting on how I used to dislike certain features of mine before they became “trendy” in society. Like, I used to not love my full lips, but now people literally get surgery to look like me. Why didn’t I love myself fully before the media said “it’s now okay to look like that?”

What is “I’m Cute” about in your own words?

This song is saying how I and everyone else is cute right now, as you look right now, regardless of what society or the media says or thinks. You shouldn’t let anyone dim your light, at all. Don’t make yourself smaller because you don’t want to make other people uncomfortable. Shine and let them be uncomfortable.

How did the music video for “I’m Cute” come about? What was your vision for the video?

The vision was to show a group of women hyping themselves and each other without hyper-sexualising our bodies. I’m super passionate about representation. I want every woman to feel seen, not just seen, but celebrated – all body types, all skin tones and ethnicities, all abilities. People will see that more as I release more music. I took some inspiration from a scene in a rom-com that I love called, “Someone Great,” where Jenny and Erin are dancing to Lizzo’s “Truth Hurts.”

What message do you hope fans take away from your music and from “I’m Cute?”

That they are cute as h*ll and no one can say otherwise. I really want to be the voice in every woman and girls’ ear telling them they’ve got this. One of the biggest things that I struggled with when I started to do music was not getting supported by the people around me who I thought would be supportive. So, I want to be that friend to everyone who hears my music, that friend who hypes you up to infinity. That is who I am naturally, and I just want to provide that to anyone who needs it.

Having one of my songs open up Love Island (one of the most popular shows in the UK) was pretty dope, and then charting at #6 on Shazam. Being interviewed on TV has been really cool too. But, my proudest moments are watching all of the videos made by people all around the world to my music, and reading the messages from people about how my music has impacted them. Nothing can top that. For me, that is the biggest sign that I’m walking in my purpose.

To get unusual results, you have to take unusual actions. Also, you can’t listen to people. If someone hasn’t been exactly where you’re trying to go, then their opinion is irrelevant. Even if they are where you want to be, it’s still just opinion, your route might be a bit different. I used to put so much weight on opinions, now I just don’t care. That came from a process of listening to audiobooks and podcasts by successful entrepreneurs and creatives. Someone can’t give you the map to somewhere they have never been, so stop caring what they think.

I’m working on my next EP. I know what it’s called, but I won’t share that just yet! It’s a very personal project, and I’m writing and producing the entire thing. It will be coming out later this year in August – so watch out for that.

Before you go, let’s ask you something random. If you had a superpower, what would it be?

I would have the power to change people’s minds. First, I’d negotiate world peace (like the amazing citizen I am, of course), then, naturally, I’d convince Jeff Bezos to give me £1 billion.