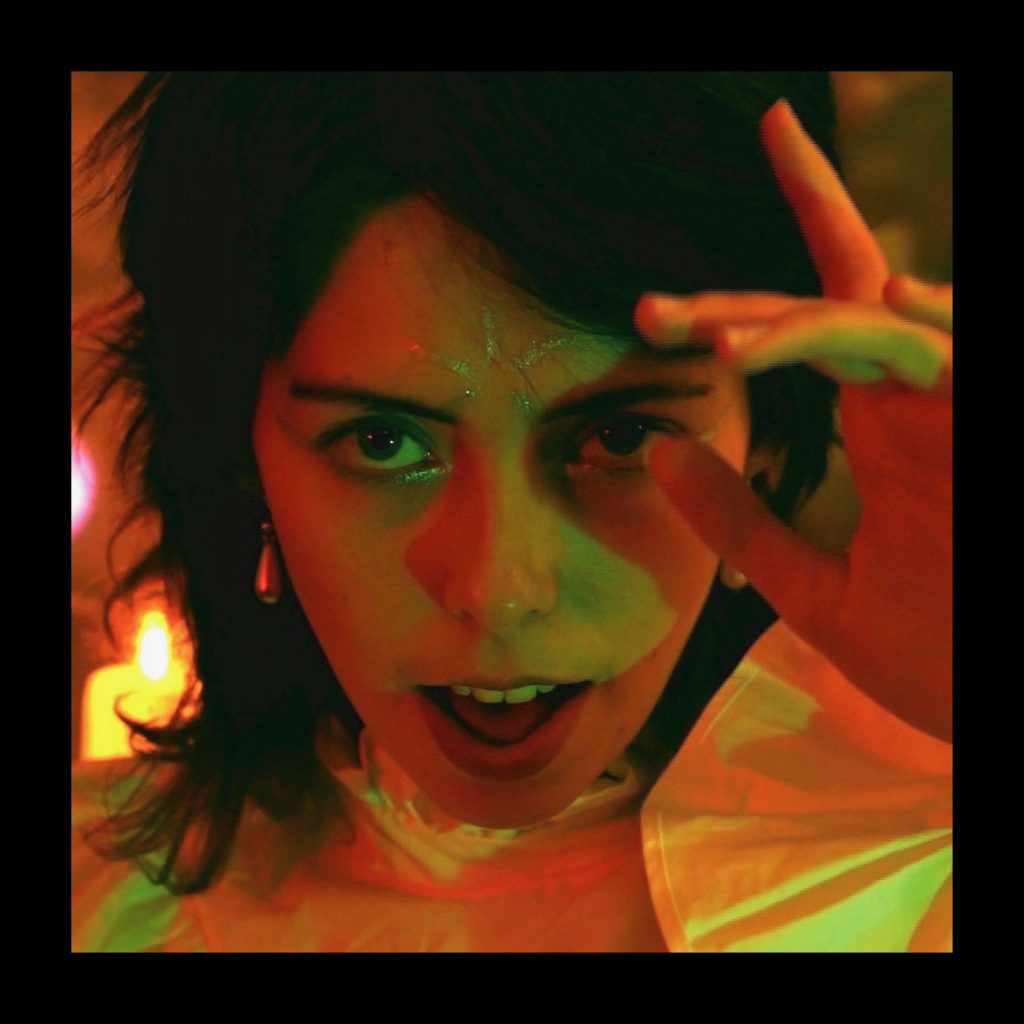 With “Mediocre” out now, we took some time to hear more from Onyda. Read below to learn more about Onyda, the story behind the single and music video, and what’s to come.

Hi Onyda! Let’s start with how did you get your artist name?

Honestly, it means nothing, and I just made it up, ha! It basically serves as blank canvas for me to project whatever I want onto it, and I just like it visually, symmetrical with the Y in the middle. I don’t think you have any preconceptions of who or what “Onyda” is – you have to listen to find that out, and it’s subject to change constantly in progress.

I’m from Stoke On Trent, and I’m still here. As far back you go on both sides of my family, we’re all from Stoke. It’s hard to leave. It’s my favourite city, and it’s home.

I’ve always been on stage. As a young kid, I started off as a dancer, and then got into musical theatre and kind of found my voice there. I started to pick up instruments as early as a teen and began writing songs pretty much straight away. It felt really natural to me, and it’s been a constant in my life for over 10 years now.

Definitely. I really believe that Stoke grows genuine good hearted people, and I’ve been lifted up by that force and the belief in myself that my parents instilled in me. Stoke to me is a landscape of untold stories, and it’s enabled me to grow in my own time and space with it being a relatively quiet place to live. I really struggle in busy settings and big cities, and tend to feel overwhelmed – the absence of noise has given me opportunity for a more unique sound too. I’ve very much always done my own thing.

I also work in film, fashion, and other visual arts, but I suppose that also works to serve the music. Outside of that, I’m a really spiritual person, I love the outdoors and being in nature, meditation, that kind of thing. Honestly, I think that’s what keeps me sane and creative.

Going back the the 70’s Dad Rock, artists like Todd Rundgren, Scott Walker, and Grateful Dead I’ve been hugely inspired by. There’s a very broad range though – Aldous Harding and Lana Del Rey kind of raised me growing up, The Beach Boys, the list is endless.

My music career goals are to make great music and that’s just kind of it. The power lies with the people in terms of how far it goes. I want it to be authentic and pure of heart, it’s an integral part of myself. I love the process of creating and creating with other talented people. I just want to keep getting better as an artist and performer, and just enjoy that development.

Now onto your release, “Mediocre.” What inspired this song?

It was inspired by my hatred of perfectionism. Social media and the way that society is set up has really warped the importance of what really matters in our lives, and I think we all get hurt by that.

What is “Mediocre” about in your own words?

“Mediocre” is about accepting that we are all innately flawed beings, one being no more special than another, all guessing our way through life. We live in a culture where we feel that we have to be doing amazing things/look amazing/be great 24/7 to have value, and I’m just not here for it. It’s cool to just be doing ok and be a bit average sometimes. Like, we live on a floating rock, who cares? It’s pretty existential, but I’m a pretty existential person, and it’s a pretty existential song.

How did the music video for “Mediocre” come about? What was your vision for the video?

The video was filmed in my little studio at home, so nothing fancy. I got my partner to film it, we did it in one take, just me singing to the camera speaking my truth. It’s a song about honesty, so I didn’t really think too much about it, I just did what came naturally.

What message do you hope fans take away from your music and from “Mediocre?”

It feels a bit lame and cliché, but honestly, I just want to inspire people to be themselves and really understand what that means for them. Work with yourself and your differences rather than against yourself. There’s so much pressure put upon us from an early age, and I just want to encourage people to just take that off.

I think that this point in my career is the proudest that I’ve ever felt. I’ve done lots of gigs in my life, but I’ve just assembled a full six-piece band that are so great. We did our first gig a couple weeks ago and were met with a great response. It really made me realise how far I’ve come, how proud I am of the art that I make, and how special it is to share that with people that I love.

Look after your emotional, physical, and spiritual health above all! I used to sacrifice so much of myself for work, other people and even music, and it always ends in tears and burn out. You have nothing without your health and sanity.

I’m headlining The Underground in Stoke on the 21st of April with many more gigs to be announced! There are two more singles to be released off of this first EP, and I’m already underway with the second EP as we speak. I’m very excited for all that’s to come!

Before you go, let’s ask you something random. What are you listening to at the moment? What’s your favorite current album?

I was introduced to the album, “No Other” by Gene Clark by my guitarist, Matt, recently, which I am obsessed with!