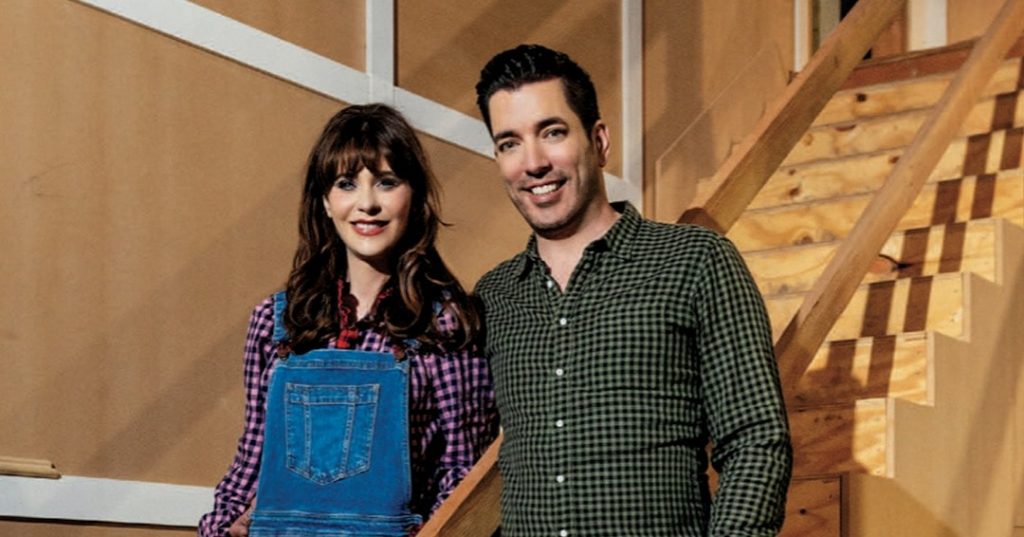 Making their house a home.

Jonathan Scott and girlfriend Zooey Deschanel have been busy renovating their new 1938 historic home in Los Angeles for nearly two years, and while the project isn’t quite complete, the Property Brothers star is already making plans for the home’s standout entryway.

Perhaps thinking of Zooey’s kids Elsie, 5, Charlie, 4—whom the New Girl star shares with ex-husband Jacob Pechenik—the 43-year-old said that new stairs will be “solid white oak treads and white risers, with an iron railing and a Moroccan-style runner. “

“For anyone with kids or dogs, it’s so much safer with a runner,” he explained. “We may take it off in the future, but for now it will be there and it will be beautiful.”

Jonathan first revealed plans of the “dream home” back in January in the Winter issue of the Scott brothers’ lifestyle magazine. He explained he and Zooey—who is “obsessed with real estate”—had been looking at houses around Los Angeles “for fun,” but their “noncommittal plan” backfired when they fell in love with the Georgian-style home.

“As we pulled up the drive, it just seemed… magical,” he recalled of the house. “It sat on a little over an acre, and with its lush lawn and massive California sycamores,