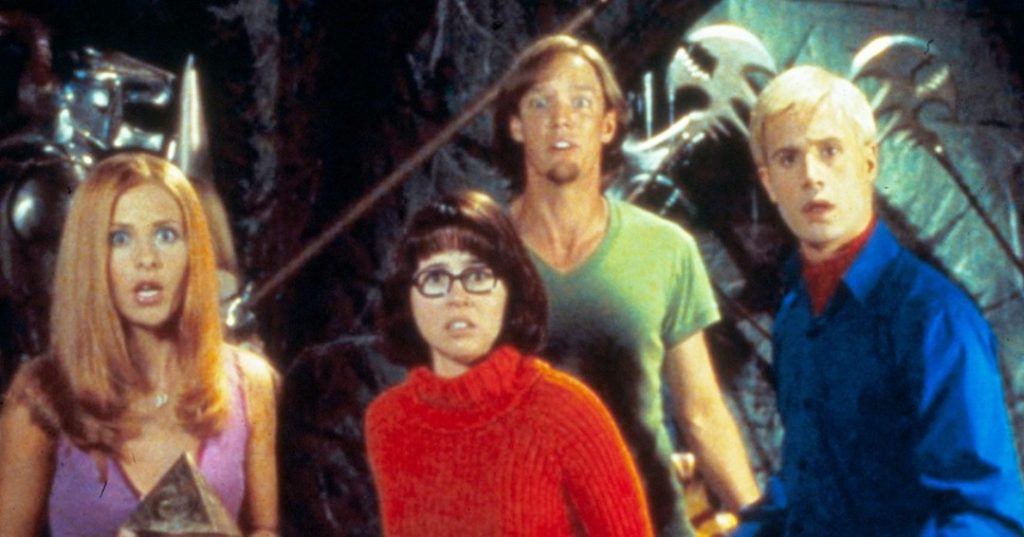 We’re doing what we do best and celebrating the 20th anniversary of Scooby-Doo.

To answer your follow-up questions: Yes, the live-action adaptation of the classic Hanna-Barbera series really came out two decades ago. No, we’re still not over how cute Freddie Prinze Jr. and Sarah Michelle Gellar are together. And zoinks, you really are that old.

The IRL-couple, Matthew Lillard, Linda Cardellini and a CGI Scooby all hopped in the Mystery Machine to bring the beloved Mystery Inc. to the big screen on June 14, 2002. Directed by Raja Gosnell and written by James Gunn, the movie grossed $275 million worldwide, despite some less than far out reviews from critics. And in the twenty years since its release, Scooby-Doo and its 2002 sequel have attracted a cult following, with fans loving its subversive humor and early aughts energy. (Never forget the Sugar Ray cameo!)

But Scooby-Doo was originally scripted to be much “edgier,” according to director Gosnell, who exclusively told E! News that he and Gunn “never got a chance to show the movie we made to the audience it was intended for” after the studio decided to make it a far more family-friendly flick.

While he didn’t provide any Scooby snacks, Gosnell was gracious enough to reveal 22 secrets about the movie, including how he ended up casting one of Hollywood’s most beloved couples as Fred and Daphne, which stars had to dye their hair and the real reason a kiss between Velma and Daphne ended up being taken out of the final version…