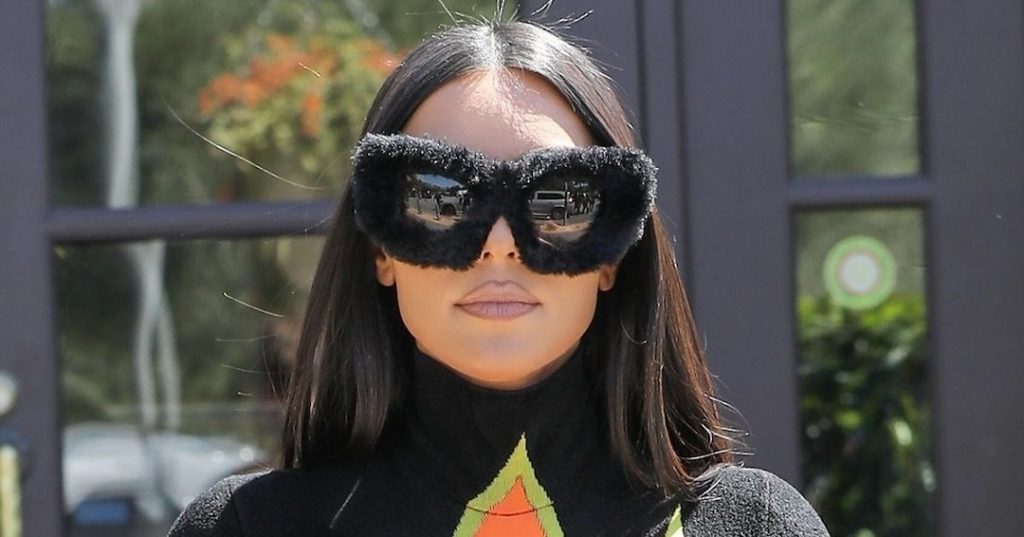 Kim Kardashian stepped out in stylish ensemble covered in flames while having lunch in Woodland Hills, Calif one day before The Kardashians premieres on Hulu.

Just one day before her new series, The Kardashains, drops on Hulu, the 41-year-old stepped out for lunch at Fornaio Italian restaurant in in Woodland Hills, Calif. on April 13, wearing a campy outfit covered in flames.

The SKIMS mogul was seen sporting the same furry shades back in October in a series of Instagram photos following her stylish hosting gig with Saturday Night Live.

Kim’s outfit isn’t the only thing heating up in her life. Her sizzling romance with Pete Davidson has been going strong since last fall. Kim—who was declared legally single in March amid her ongoing divorce from Kanye West—admitted she felt a spark when she and the 28-year-old comedian shared their first kiss during a sketch on SNL.

“It was a stage kiss, but it was still a little zing,” Kim shared on the April 12 episode of Dear Media’s Not Skinny But Not Fat podcast. “It wasn’t anything like a super,