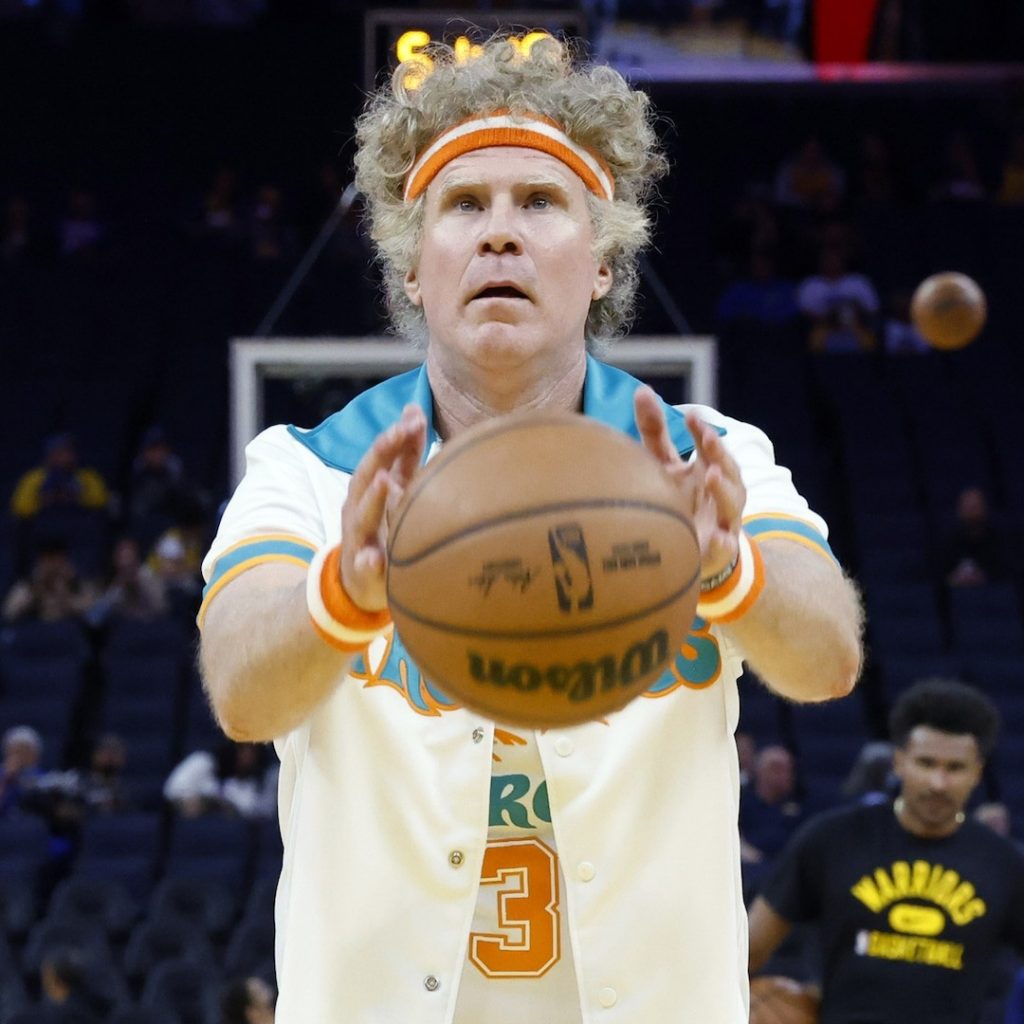 Will Ferrell Forces His Kids to Watch “Elf” Over Holidays?!

The Golden State Warriors had a new player out on the court ahead of the team’s March 8 game against the Los Angeles Clippers, and he was…Jackie Moon?

Well, sort of. Will Ferrell dressed up as the character from his 2008 movie Semi-Pro and joined the Warriors for a warm-up at the Chase Center in San Francisco, Calif. Donning his Flint Tropics uniform, the actor practiced guarding Klay Thompson, shooting free throws (in Moon’s underhand “granny style”) with Stephen Curry and even sank the ball from half court at the Chase Center.

So, how did the Warriors go about recruiting Moon, er, Ferrell? Coach Steve Kerr explained how it all came to be during a post-game press conference.

“He actually emailed me a while back, and I didn’t believe it was him,” Kerr told reporters in a video shared by NBC Sports Bay Area. “So we exchanged a couple of emails and then, you know, concocted the plan.”

Kerr noted Ferrell is a “huge Klay Thompson fan, and he knows how much Klay loves dressing up as Jackie Moon”—which the shooting guard did for Halloween a few years back.

“So it was just kind of a natural fit,” he continued, “and it felt like a good time to do it, just to make everybody laugh in a tough stretch of the season.”

And who knows? Maybe the cameo helped as the Warriors were able to end their five-game losing streak and beat the Clippers with a final score of 112 to 97.