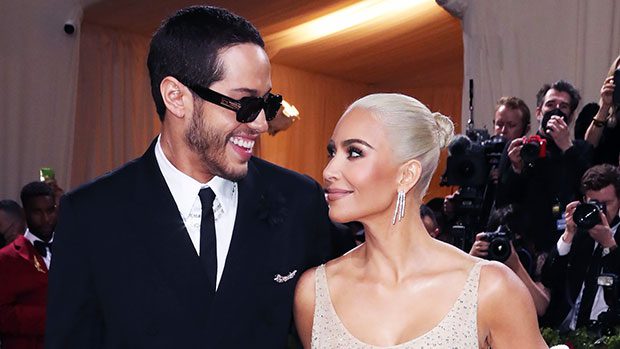 Kim Kardashian and Pete Davidson shocked fans after announcing their split last week. As rumors ran rampant about the demise of their 9-month romance, a source EXCLUSIVELY gave HollywoodLife the 411 on what went down to make the cute couple call it quits. Despite the “huge attraction” and “strong connection” between the makeup mogul and Saturday Night Live funnyman, there were “a lot of things stacked against them,” per the insider.

Pete Davidson and Kim Kardashian had a ‘lot of things stacked against them’ during their romance. (Matt Baron/Shutterstock)

“When she was in Australia, as much as they had a great time, they also had some very deep talks that led them to them ultimately deciding to break up,” the source said, referring to Kim’s visit to Pete on the set of his movie Wizards. “There were a lot of things stacked against them. There’s still a huge attraction between them and a strong connection so it’s not like it ended badly but at this point Kim seems clear that it’s over.”

A long-term relationship at the moment didn’t seem to be in the cards for the couple, according to our source. “Pete being so far away in Australia put a lot of strain on things, the distance hasn’t been easy to navigate,” said the insider. “Pete wanted Kim to stay in Australia with him for an extended amount of time and she just isn’t at a place in her life where she can do that. And the thing is Pete is only getting busier so it’s not like this issue is going to go away.