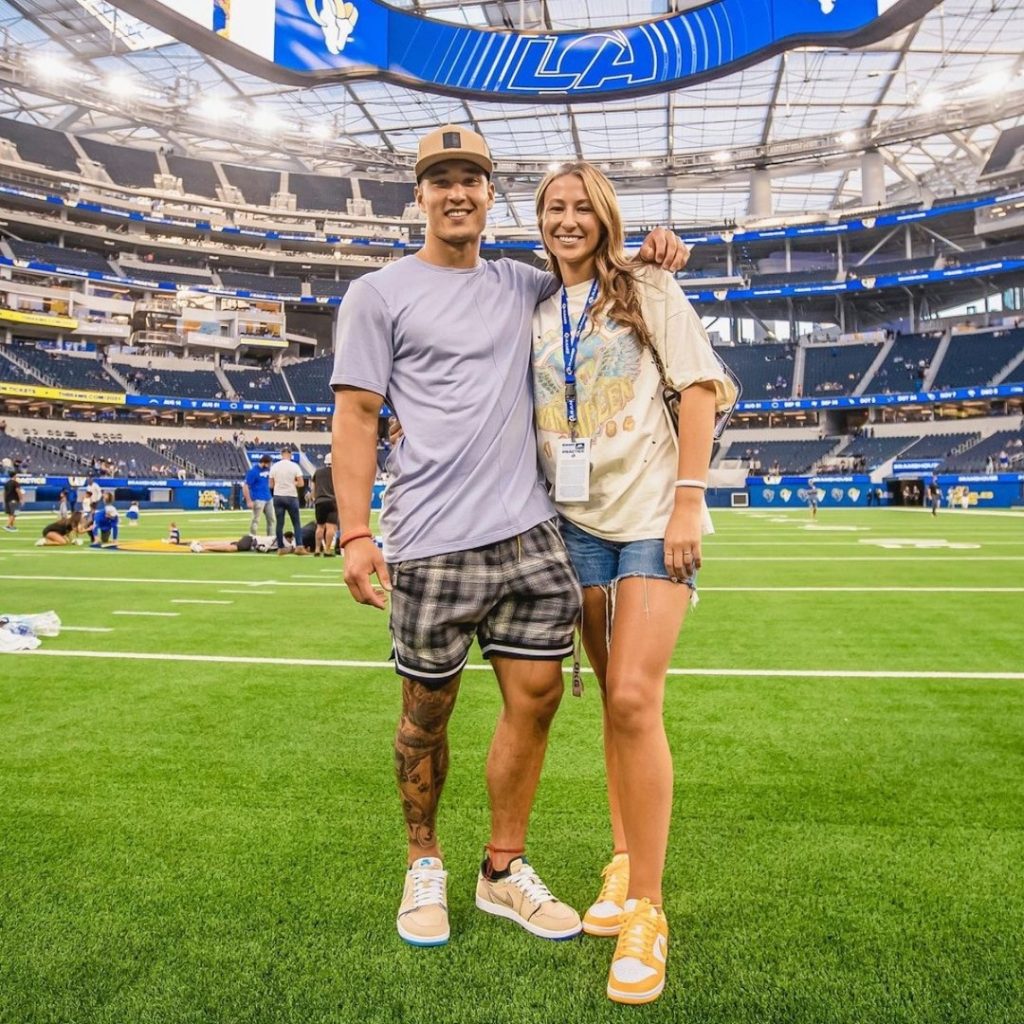 As if winning the Super Bowl wasn’t enough of a prize, the Los Angeles Rams safety decided to go big on game day by proposing to his longtime girlfriend Dani Johnson on the field.

In video posted on the Rams’ Instagram page, fans were able to watch the NFL player get down on one knee as confetti continued to fall from the sky. With teammates and fans nearby, Dani said absolutely yes on Feb. 13.

“MORE THAN ONE RING TONIGHT!” the team wrote on social media. “CONGRATS, @taylorrapp!!!”

While the couple has yet to post on their own profiles—you know, too busy celebrating—the pair has offered fans a glimpse into their romance.

After earning a spot in the Super Bowl, Taylor took to Instagram with a photo of his girlfriend cheering from the stands. “We’ve dreamt of moments like this!” he wrote while sharing memories from the season.

As for Dani, she has gushed about my “best friend for life” both on and off the football field for many years.

“So proud of what you have done in your journey thus far, but this is only the beginning,” she wrote back in September 2018. “You’re gonna change the world.”

In case you missed the biggest football game of the year, the Los Angeles Rams managed to beat the Cincinnati Bengals by just three points.

Cooper Kupp was awarded the Super Bowl MVP while quarterback Matthew Stafford and coach Sean McVay were celebrated for leading the team to victory.

And for those who may not be football experts,