Usher Sweetly Reveals The Song That Played When His Son Sire, 1, Was Born: ‘I Was Prepared’ 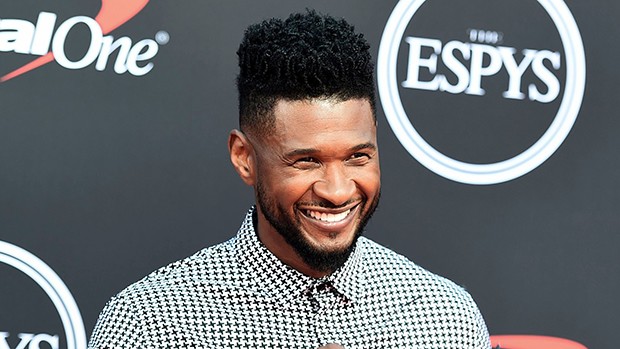 Usher revealed to Ellen Degeneres the hilarious song that played in the room when his son Sire, 1, was born, and proudly shared: ‘I was prepared.’

What better way to celebrate a (literal) birth day than with a little 50 Cent? For Usher, nothing could be more classic, and he made sure to pull out all the stops for his son Sire’s special day, and played an extra special song for the big moment when his son Sire, 1, was born. Opening up to Ellen Degeneres on a preview of his latest visit to the show, Usher revealed the sweet way he welcomed his son into the world. Ellen called the song choice “amazing.”

Usher opened up on the Ellen Degeneres show about the song that played when his son Sire was born. (Jordan Strauss/Invision/AP/Shutterstock)

Making his whopping 25th appearance on The Ellen Degeneres Show on Monday, Usher surprised the audience and received the “longest” round of applause “ever,” according to Ellen. Usher, clearly comfortable with sitting on the infamous morning talk-show couch, rocked a khaki suit with delicate embroidery to revisit the show and some of his most classic appearances. Usher had Ellen laughing hard as he discussed how he tried to hide a pulled groin muscle after attempting a Wipeout-style course as part of the show.

The topic of Usher’s beautiful kids came up after Ellen revealed Usher had shared adorable photos of his new baby ahead of the appearance. Usher shares two sons, Usher Raymond and Naviyd Raymond, with ex-wife Tameka Foster, and daughter Sovereign and son Sire with girlfriend Jenn Goicoechea. He revealed that, after being caught unprepared with one downloaded song and no Wi-Fi at the birth of either Naviyd or Usher V,