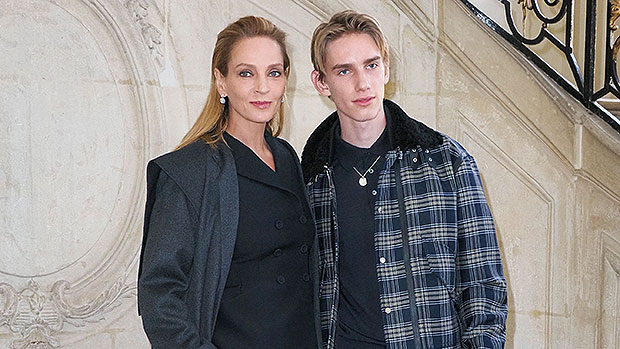 Uma Thurman has made a name for herself in Hollywood, proving she’s here for the long run. The 51-year-old actress is perhaps best known for her partnership with Quentin Tarantino, playing Mia Wallace in Pulp Fiction and The Bride in Kill Bill: Volume 1 and 2 (2003, 2004). In real life, however, perhaps her favorite role is mom to three kids.

Uma famously dated actor Ethan Hawke after they met while filming the 1997 movie Gattaca and they got married in 1998. They welcomed two children, Maya and Levon before divorcing in 2005. Uma then welcomed another daughter, Luna, in 2012 with her former fiance, financier Arpad Busson.

Find out more about Uma’s kids, from the oldest to youngest below.

Following in her mother’s footsteps is Maya Hawke, born July 8, 1998. After beginning her career modeling for various big names like Vogue, Calvin Klein, and AllSaints, she then made her on screen debut in 2017 as Jo in the BBC adaptation of Little Women. Her breakout role, however, came as Robin — a worker at the mall’s Scoops Ahoy — in the third season of Stranger Things. She then went on to have a small part that same year in Tarantino’s Once Upon a Time in Hollywood — talk about really following in mom’s footsteps!

In addition to continuing her acting career, Maya has also pursued a singing career,