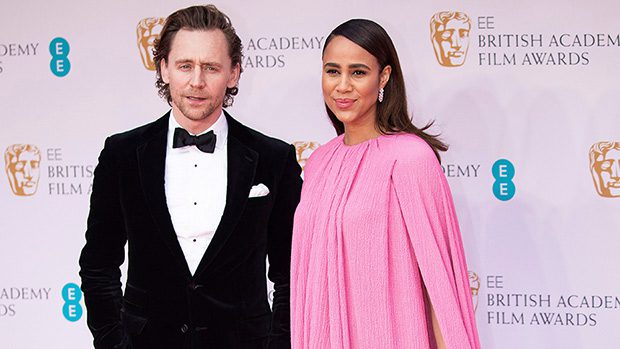 Zawe Ashton attended the premiere of her movie Mr. Malcolm’s List in New York City on June 29, and she was sporting an apparent baby bump underneath her gorgeous, glittering gown. The actress is currently expecting her first child with fiancee Tom Hiddleston, according to Page Six. She wore an off-the-shoulder gown with beaded bodice on the red carpet, and was absolutely glowing as she posed for photos solo.

Tom confirmed his engagement to Zawe earlier this month. Zawe had been wearing a diamond ring on her left hand for months before Tom went public with the news, telling The Los Angeles Times, “I’m very happy.” The two have been extremely private about their relationship, and Tom was not in attendance at the June 29 movie premiere.

The lovebirds have attended some red carpet events together more recently, but they’ve been dating since 2019. News of their romance went public in Sept. 2019, but it was revealed that they had already been dating for more than six months at that time. After a very high profile romance with Taylor Swift in 2016, Tom has done his best to keep his love life out of the spotlight, and enjoyed quite some time getting to know Zawe privately beforehand. The pair’s first public appearance together was at the U.S. Open in Sept. 2019.