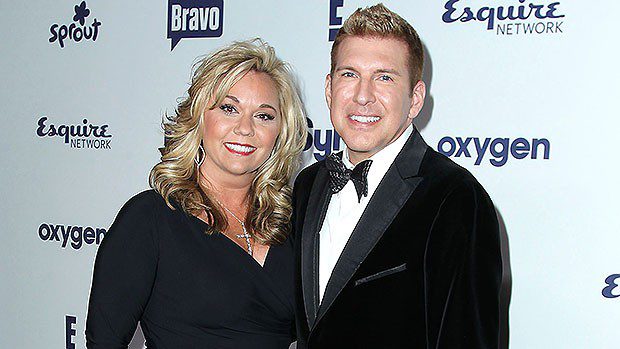 Todd and Julie Chrisley were found guilty of bank fraud and tax evasion on June 7, and the couple are understandably reeling from the legal blow. Right now, a source close to the family says they’re simply “in shock.” Todd, 53, and Julie, 49, received the devastating news from an Atlanta federal jury yesterday and are now absorbing the implications. They face up to 30 years in prison.

“The entire family is in shock right now,” the source told HollywoodLife EXCLUSIVELY. “Todd and Julie are just devastated by the verdict, as are their children Savannah, Chase, Grayson, Lindsie, and Kyle. They are all leaning on each other for support during this difficult time.”

The source explained that Todd and Julie weren’t expecting a guilty verdict over the alleged four-year conspiracy to defraud banks and hide money from the IRS. “This is not the verdict that any of them expected and, as their lawyer said, they do plan on appealing,” they continued. “Although they are grateful for being allowed to be on house arrest while they await sentencing, staying at home all the time will not be easy for them because they are such busy people. There are a lot of unanswered questions right now concerning their future – as a family and as reality television stars.”

The couple will receive their sentencing in October, but until then, their bond conditions include house arrest. In the meantime, the source told HL that the future of Chrisley Knows Best and its spinoff is uncertain — and they are literally praying for a livable outcome.