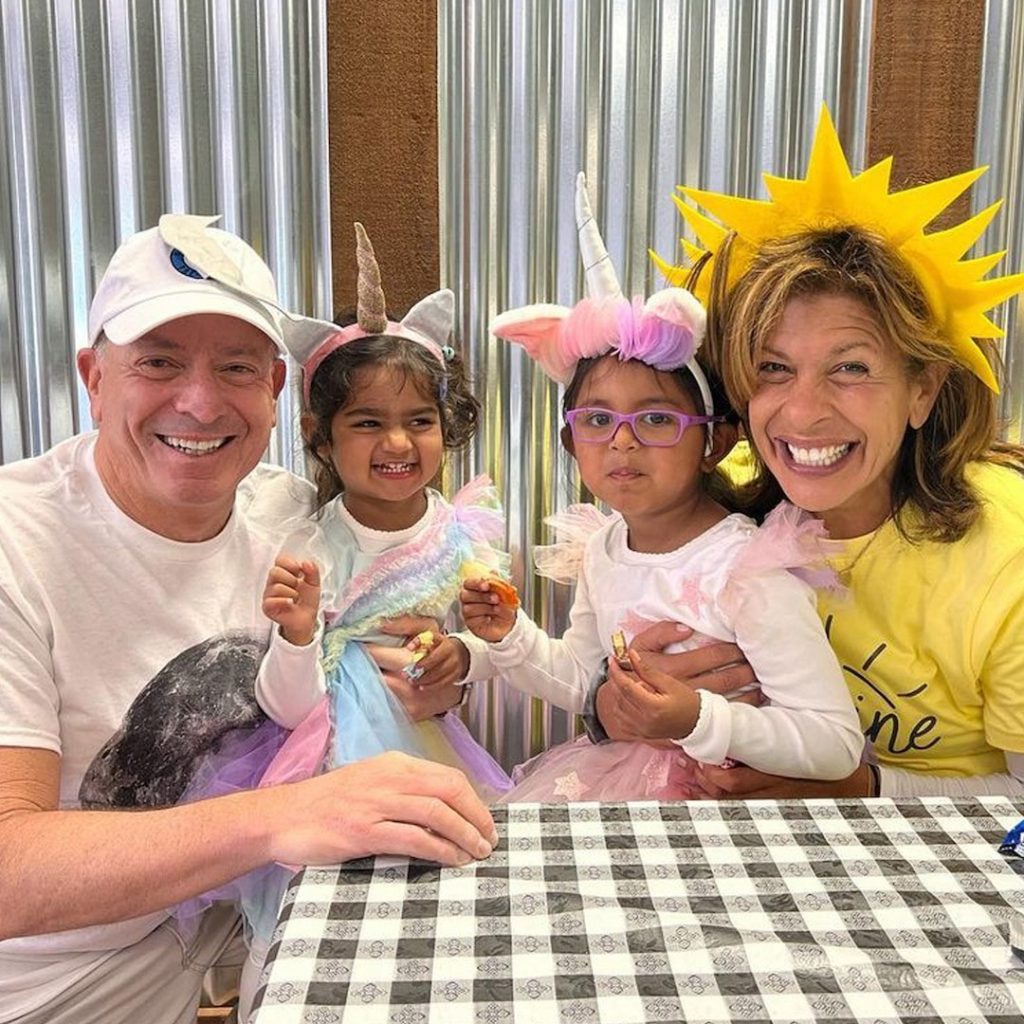 Today co-host Hoda Kotb gave an update on how life post-split from ex-fiancé Joel Schiffman has been, including how they tackle co-parenting their two daughters, Haley and Hope.

When it comes to co-parenting, Hoda Kotb and Joel Schiffman “have it down.”

The Today co-host recently shared how she and her ex-fiancé are working together to raise their daughters—Haley, 5, and Hope, 3—after their breakup earlier this year.

“He’ll have a Saturday, and I’ll do the Sunday. We switch each week,” Hoda told People magazine for the publication’s new Family Issue, which she appears on the cover of alongside her daughters. “He’ll take the girls and do some fun things, and I’ll take some quiet time. It’s a healthy mix, and the kids love it.”

After being together since 2013—and getting engaged in 2019—Hoda confirmed the news of her and Joel’s split on the NBC morning show’s January 31 episode. But there is certainly no bad blood between them, as she told People that part of what makes their co-parenting system work so well is having open communication with each other (and some help from their two nannies).

“‘Does that work for you? Do you need me to change that?’ We’re very open about fixing things so that everybody’s needs are being met,” the 58-year-old shared. “He’s a great dad—but I also know I’m on the right road.”

Family means “everything” to the TV personality, as she never expected to become a mother at this stage in life, especially after her battle with breast cancer in 2007 affected her fertility.