‘The Resident’ Preview: Kit & Bell Meet Up With A Person From Kit’s Past 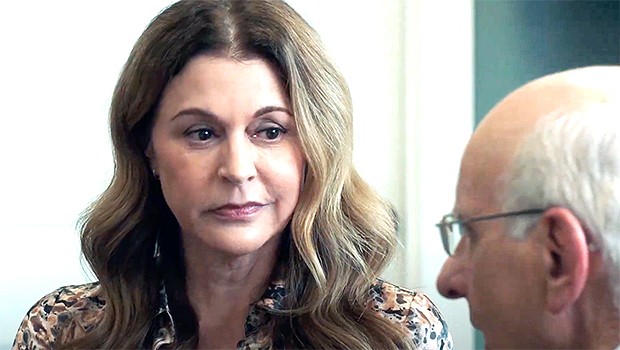 Kit and Bell pay a visit to one of Kit’s teachers hoping to get him to inspired their interns in this EXCLUSIVE preview of the all-new ‘The Resident.’

Kit and Bell step outside Chastain and head to a senior citizen center in this EXCLUSIVE preview of the April 5 episode of The Resident. Kit finds just the man she’s looking for: Dr. Arthur Kravitz. He was one of Kit’s “finest teachers” when she was a resident.

She introduces Arthur to Bell, who calls Arthur a “legend in the field of geriatrics.” After Bell’s introduction, Arthur can’t seem to remember Bell’s name.

Kit visits one of her teachers in the April 5 episode. (FOX)

Arthur’s partner, Gloria, says that Arthur has “earned the right” to have other care for him now after working for so long. “She not only has my heart, she is now my head. In every way, she takes care of me,” Arthur says.

Kit tells Arthur and Gloria that she and Bell have stopped by “hoping to inspire” some of the interns to join the field of gerontology. “Even some of the best doctors don’t understand the particular needs of senior citizens,” Bell admits.

Arthur says that geriatricians have more career satisfaction than other specialties, but the pay is not what you get specializing in surgery. That’s a downside to specializing in gerontology. Kit asks Arthur if he’d be willing to talk to some of the interns about his career. “Let me at ’em,” Arthur quickly says.

Kit and Bell on ‘The Resident.’ (FOX)

The synopsis for the April 5 episode reads, “Conrad treats one of Gigi’s fellow classmates,