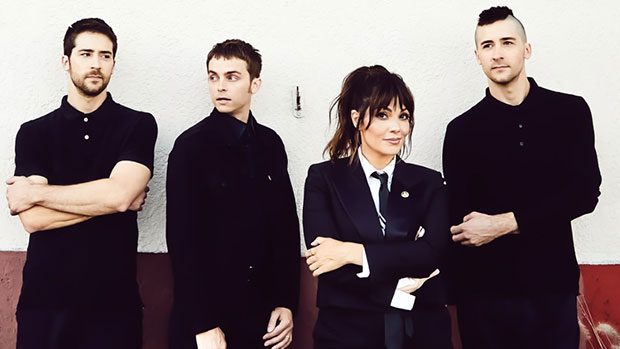 It’s a bit poetic to interrupt The Interrupters. “We just took a break from editing our next music video that we’re going to be releasing for a song on the album to have this chat,” says guitarist Kevin Bivona when he and Aimee Interrupter, vocalist and songwriter for the band, speak with HollywoodLife. The beloved ska-punk band – featuring Kevin’s brothers, twins Justin and Jesse Bivona – are in the finals stages before the release of In The Wild, their long-awaited fourth studio album and the first since 2018’s Fight The Good Fight.

The chat comes in an increasingly rare moment of free time for the group. The day before speaking with HL, the group played Jimmy Kimmel Live!, fulfilling a bucket list entry by meeting guest host RuPaul. They finished the first half of their North American co-headlining tour three weeks earlier with Flogging Molly. Two days after In The Wild is unleashed (August 5), the group will start a run of European shows, including a mini-tour of the U.K. Then, in September, they return stateside to begin the West Coast leg of the Flogging Molly tour. It all wraps up with an appearance at Aftershock 2022 in October.

Amidst it all, the album will be released, merch will drop, videos will premiere, and songs will be streamed on repeat by fans who connect deeply with the personal lyrics accompanying the energetic music. While anyone would be justified in feeling a bit tired by this, Aimee and Justin are anything but. “We feel like we’re in a dream,” she says. “First off, to have RuPaul introduce us last night, I’ve really felt like I was in some sort of alternate reality universe.