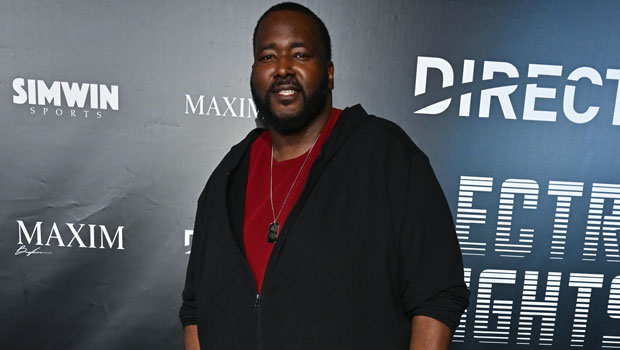 Quinton Aaron is showing off a significant weight loss, sharing his ‘new year new me’ lifestyle with impressive new photos.

Quinton Aaron is on a health journey and he’s never looked better! The 37-year-old actor, best known for his role as Michael Oher in 2009’s The Blind Side opposite Sandra Bullock, shared during a recent interview with TMZ that he’s lost nearly 100 lbs. after focusing on changing his lifestyle in the new year. “I used the new year as a way to get a new me,” he told the outlet on Monday.

The Bronx native shared that he gained a significant amount of weight during the pandemic, binge eating and developing a love for chocolate by gorging on candy and dessert. He also shared how he began eating too many carbs, sometimes eating two sandwiches on one sitting.

He told the outlet he wanted to make a change not just for developing a healthy diet and workout regimen, but to help with his professional goals as a singer and music production company CEO. “I used the new year as a way to get a new me,” he shared, adding how he went from 559 lbs. to 462 lbs. and has a current goal of dropping another 64 lbs. by May 10 to honor his late mother’s birthday. His overall intention is to get down between 300 and 325 lbs.

In addition to speaking with TMZ, Quinton has also shared a few behind-the-scenes tidbits to his Instagram page, posting a video tracking his fitness journey back in December 2021.