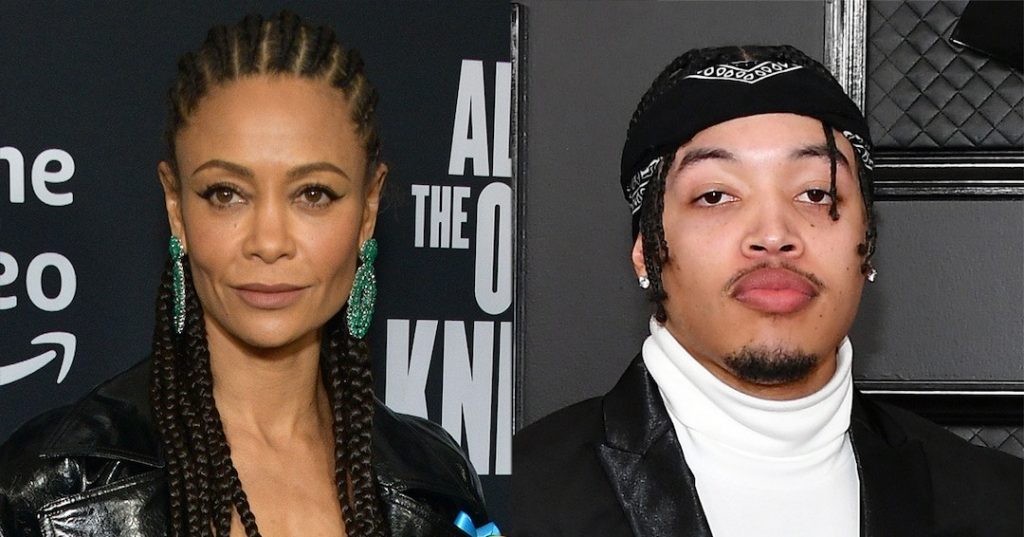 Thandiwe Newton was spotted packing on the PDA with a new man over the weekend, following some personal issues.

Following recent romance rumors, the Westworld actress was photographed kissing, cuddling and walking with Los Angeles-based R&B musician Lonr. in Malibu, Calif. on April 23. This marks the first public appearance for Thandiwe since a Warner Bros. Pictures rep confirmed on April 14 that the star “made the difficult decision to step away from” the production of the studio’s upcoming film Magic Mike’s Last Dance “to deal with family matters.”

Lonr., whose real name is Elijah Dias and whose nickname stands for Land of Nothing Real, and Thandiwe have not commented on their relationship status or PDA. Their joint appearance also comes amid recent split rumors about her and her husband of 23 years, director Ol Parker, with whom she shares three children.

E! News has reached out to the stars’ reps for comment.

The actress did not wear a wedding ring during her PDA-filled outing with Lonr., and her husband also did not wear one when he was photographed near his home in London on April 19. Thandiwe and Ol have not been photographed together in public since 2020.

On April 20, Page Six cited multiple sources as saying that Thandiwe has a close friendship with Lonr., whose song with singer Amber Mark, “Save My Love,” appears in the trailer and on the soundtrack for the actress’ 2021 film Reminiscence.

“From the relatively short time I’ve been fortunate to spend with her,