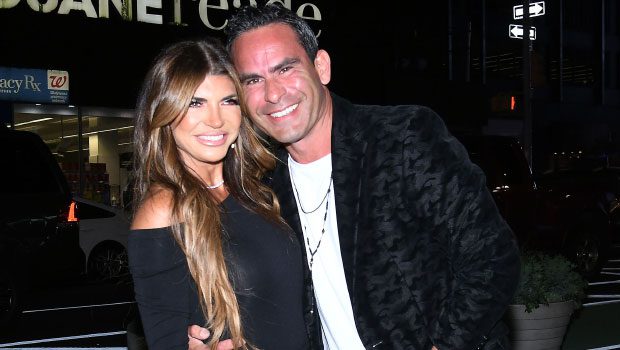 Even though Teresa Giudice and Luis “Louie” Ruelas were spotted out and about throughout their honeymoon, they spent a great deal of intimate time in the bedroom as well.  The Real Housewives of New Jersey star, 50, revealed the tidbit about her honeymoon during a Q&A session at Live! Casino & Hotel in Philadelphia on Friday, Aug. 26 alongside her co-stars Dorinda Medley and Dolores Catania. The mom of four revealed she and Louie, 46, had sex five times a day during their Greek getaway, according to People, before giving more details about how she and her new hubby cannot get enough of each other.

In their normal non-honeymoon daily routines, Teresa said she and the business development professional get down and dirty two to three times. “Morning and at night. If he gets me during the day, that’s three!” she exclaimed. “We’re very sexual and I love it because when you love someone, you want to be that way with them.”

Teresa has never been shy about expressing her sexual desires. She once said she hopes to find someone that will make love to her three times a day, and during a May 2021 episode of Watch What Happens Live,