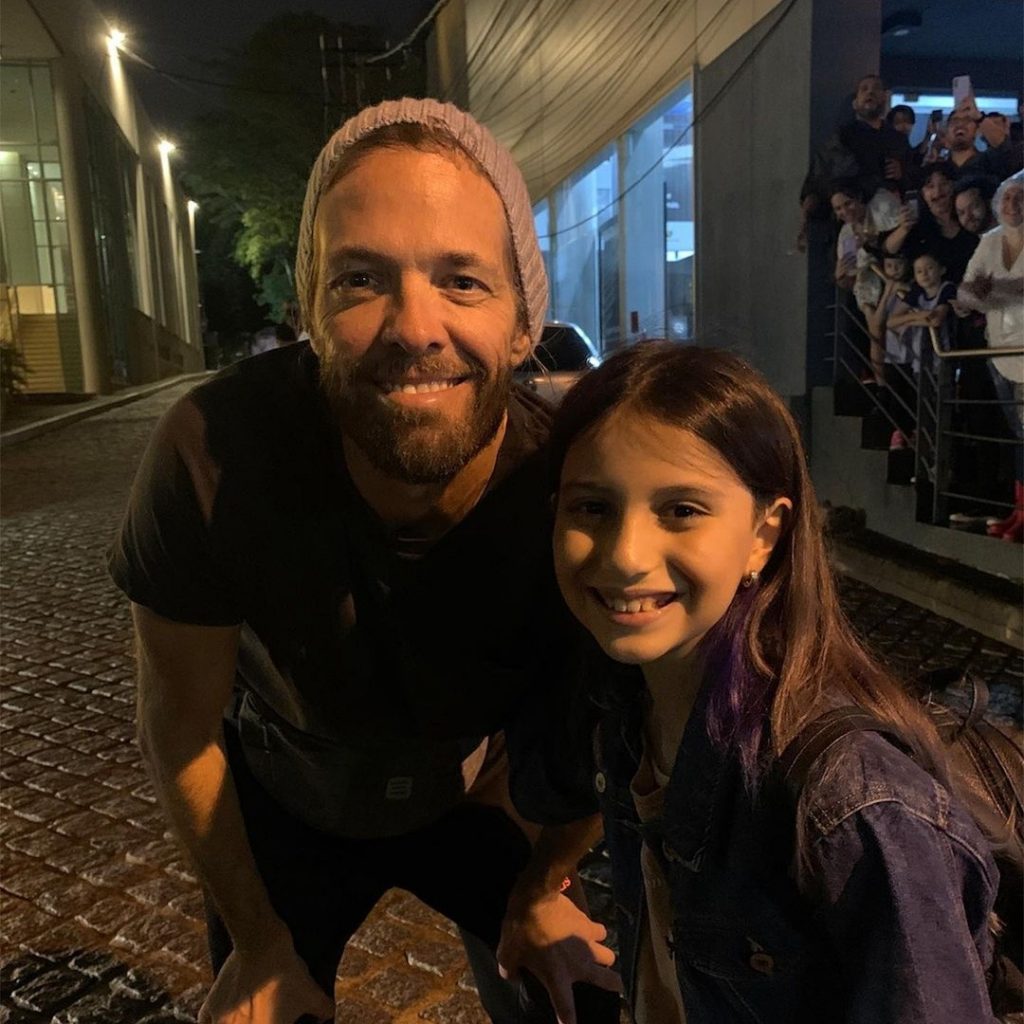 Hello, she waited here for you.

Days before Foo Fighters musician Taylor Hawkins died, he fulfilled a dream for a little girl who considered him her hero. On March 22, the band was supposed to perform at the Asunciónico Festival in Paraguay. They arrived in Asunción and checked into a hotel but the concert was canceled due to severe weather. However, that was not going to stop 9-year-old local singer and drummer Emma Sofía from fulfilling her mission to meet the Foo Fighters.

The junior musician, whose parents had bought tickets to the festival, set up her drum kit and played her heart out on a sidewalk outside the hotel, in front of a growing crowd of fellow fans. Sure enough, Hawkins took notice and headed outside, where he met Emma Sofía.

Her dad, Julio Peralta, who helps run her social media accounts, shared photos and videos of the emotional encounter. “Since my daughter found out that the Foo Fighters were coming, she started a campaign to meet them,” he wrote on Twitter, “Today we took her drums to play in front of the Sheraton and look who came out at her call. Dreams come true.”

While he was outside the hotel, Hawkins, 50, also spoke to other fans and promised the crowd, disappointed by the cancellation of band’s concert, that the Foo Fighters would return to Paraguay.

Three days later, on March 25, the musician died in a hotel room in Colombia. His shocking death remains under investigation.