Taylor Hawkins: 5 Things About The Foo Fighters Drummer Dead At 50 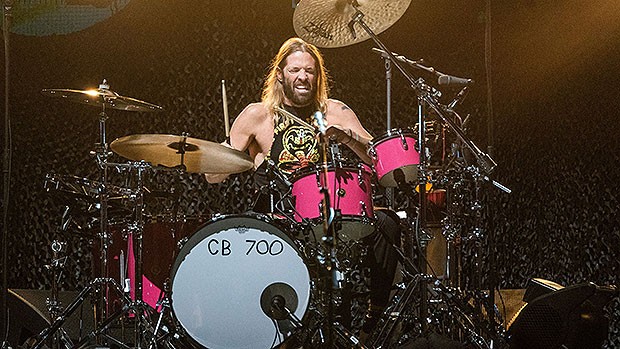 Taylor Hawkins has died at 50 years old, as confirmed by the band’s rep to Variety. His cause of death is currently unknown but his passing was undeniably unexpected as the Foo Fighters had a number of gigs lined up. They were slated to perform in Bogotá, Colombia, for the Festival Estereo Picnic on Friday, March 25, followed by Lollapalooza Brasil on Sunday. It was also just announced that the Foo Fighters were supposed to perform at the Grammys on April 3.

The band left a heartfelt tribute to their late drummer. “The Foo Fighters family is devastated by the tragic and untimely loss of our beloved Taylor Hawkins,” the band’s officially Twitter account wrote. “His musical spirit and infectious laughter will live on with all of us forever. Our hearts go out to his wife, children and family, and we ask that their privacy be treated with the utmost respect in this unimaginably difficult time.” Here’s everything you need to know about the Foo Fighters drummer who left this earth too soon.

Taylor Hawkins performed with another famous singer before joining the Foo Fighters. He was a drummer for none other than Alanis Morissette. He left his gig playing for rock singer Sass Jordan to join her on her hit “Jagged Little Pill” tour in 1995. He played with her for two years up until 1997. It was at that point that Foo Fighters frontman Dave Grohl asked if he had any drummers he could recommend to replace William Goldsmith.