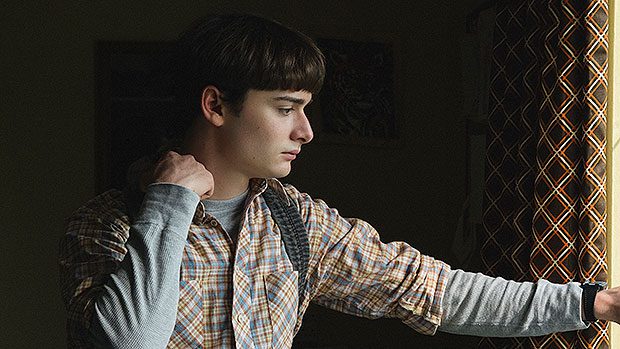 While on the way to find Eleven, Mike is becoming increasingly panicked that Eleven isn’t going to need him anymore. He’s scared of losing her. In an effort to calm Mike down, Will shows Mike his painting. The painting shows a group of knights fighting a three-headed dragon.

Noah Schnapp as Will Byers in ‘Stranger Things’ season 4. (Netflix)

When Mike asks if Will drew this, Will replies, “El asked me to. She commissioned it, basically. I mean, she told me what to draw.” Jonathan looks in the mirror at Will, knowing full well that Will isn’t telling the truth. Eleven hasn’t even seen the painting.

“See how you’re leading us here. You’re guiding the whole party, inspiring us. That’s what you do,” Will explains to Mike. Mike’s coat of arms is a heart. “That’s what holds this whole party together… heart,” Will says. “Without heart, we’d all fall apart.” Even Eleven, Will adds.

Will admits that Eleven has been “so lost” without Mike these past few months. “It’s just, she’s so different from other people, and when you’re different, sometimes you feel like a mistake,” Will says, tearing up. “But you make her feel like she’s not a mistake at all.