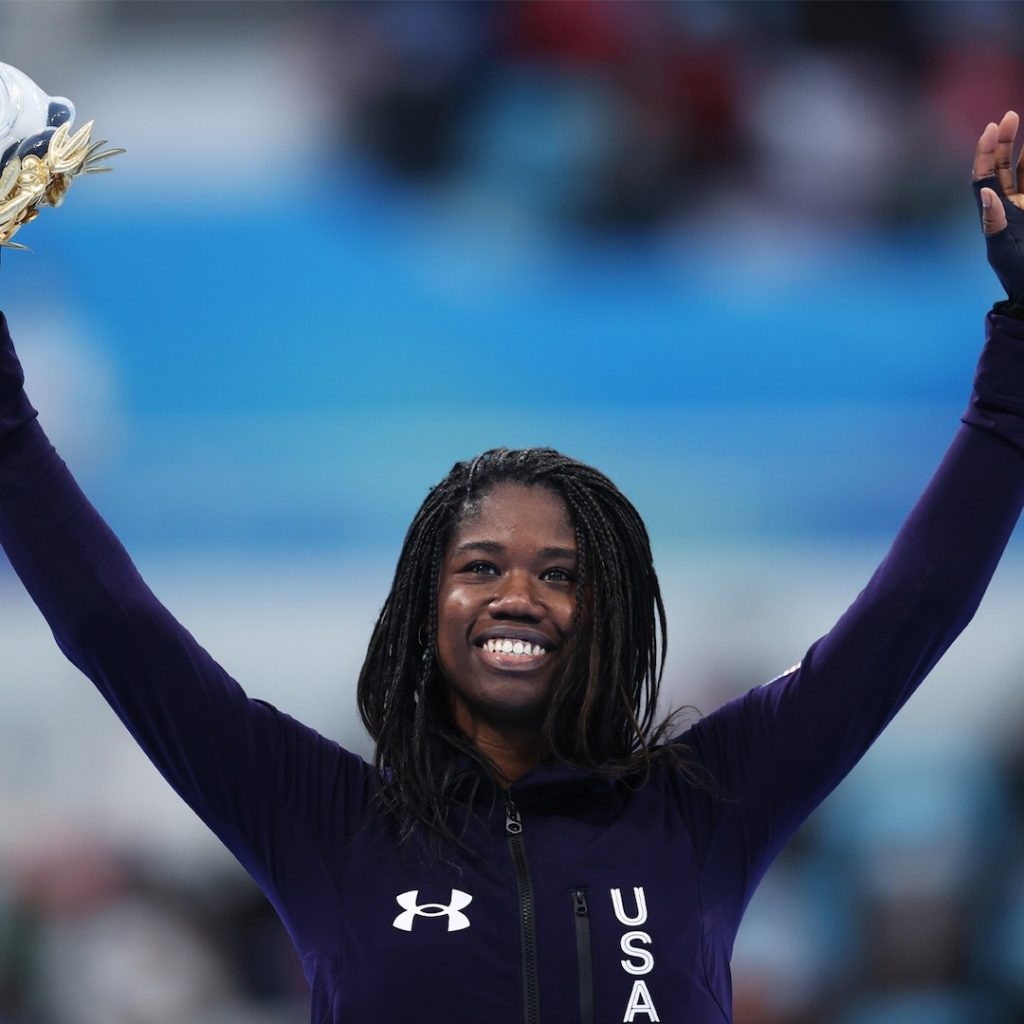 Erin Jackson’s skating sped her up to role model status.

The 29-year-old athlete became the first Black American woman to ever win an Olympic medal for speed skating, according to NBC Sports, when she placed first in the women’s 500m race at the 2022 Beijing Winter Olympics on Sunday, Feb. 13.

After the victory, she told E! News why she hopes her win will inspire Black girls to follow their dreams. Erin shared, “If, for example, one young Black girl happened to see me out there racing and winning a gold medal…if one girl can be inspired by that to go out there and maybe chase her dreams—whether it’s in winter sports or anything in general—then I’d call that a win.”

The trailblazer said she wants her success to not just be a “good example,” but to also lead to more opportunities for increased diversity in the U.S. for winter sports. She continued, “It means a lot and hopefully it can be a big jumping off point for the program and maybe for all the winter programs.”

Skating in at 37.04 seconds, Erin beat Japan’s Miho Takagi by 0.08 seconds. She almost didn’t compete after slipping in her qualifying trials, but teammate Brittany Bowe gave up her spot for Erin to compete in Beijing. The decision resulted in a historic win for Team USA.

After taking the gold medal, she said she went back to Brittany to celebrate with tears. “We’ve done a lot of crying, a lot of hugging,” Erin recalled. “She’s told me how proud she is of me and I’ve told her, ‘We did it.’”

Erin acknowledged the risk they both took in the decision,