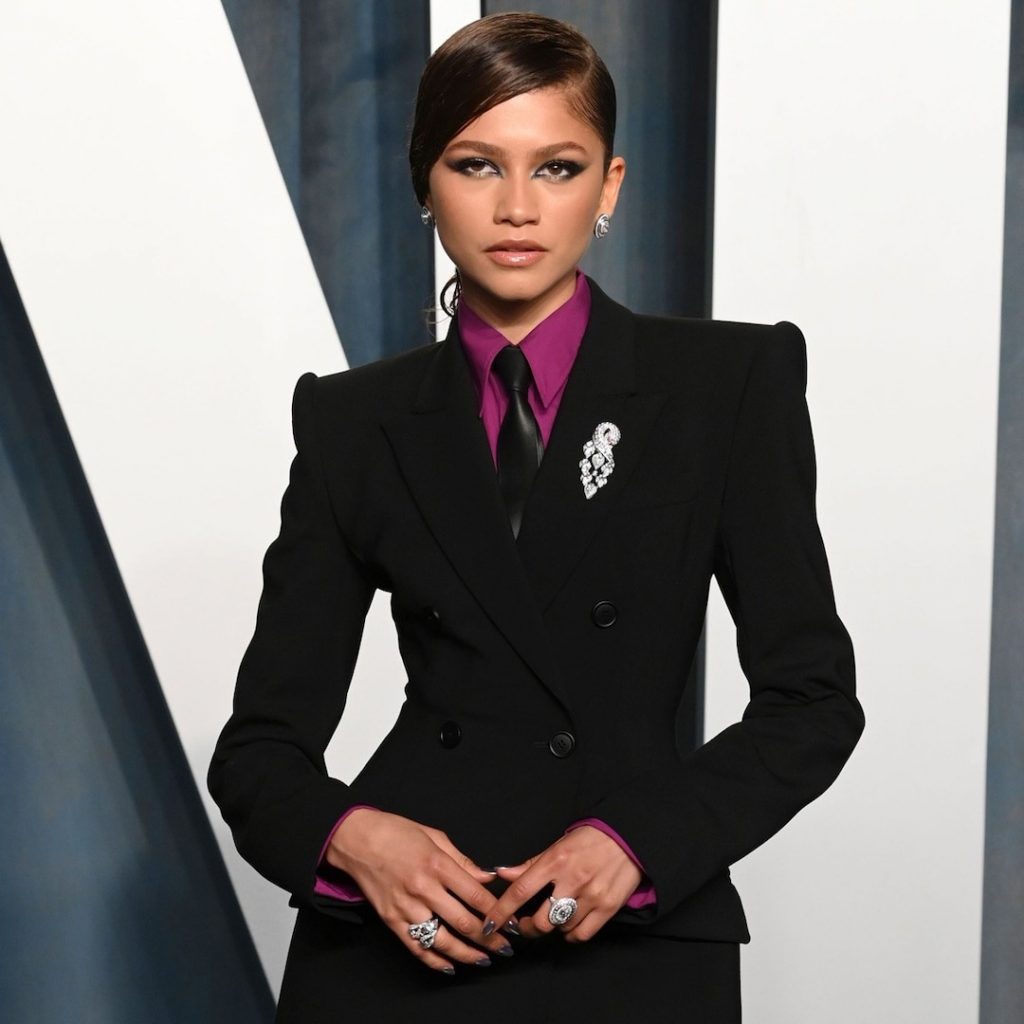 Following the 2022 Oscars ceremony, the dazzling fashion continued over at the iconic Vanity Fairafter-party.

The 2020 Oscars — which took place March 27 at the Dolby Theatre in Los Angeles—brought out some seriously breathtaking fashions.

While Will Smith, Ariana DeBose, Jessica Chastain and Troy Kotsur walked away winners for their powerhouse performances, others made their mark on the red carpet. Nicole Kidman dazzled in a custom Armani Privé peplum gown, while Timothée Chalamet rocked a sexy, shirtless Louis Vuitton look that had everyone buzzing.

But the glitz and glamour didn’t end after the final award of the night, when CODA was named Best Picture. Following the ceremony, Hollywood’s biggest stars headed out to various after-parties, including the ultra-exclusive Vanity Fair Oscars party, where many of them showed up wearing a complete different designer look.

After walking the Oscars red carpet in a sparkling, abs-baring Valentino two-piece ensemble, Zendaya did a total style 180, arriving to the magazine’s big bash in a sharp Sportmax power suit. Kristen Stewart also switched up her outfit, swapping her edgy Chanel shorts-suit for a romantic semi-sheer gown from the French fashion house.

Keep scrolling to see the other celebs who made chic quick changes before the Vanity Fair‘s Oscars party.