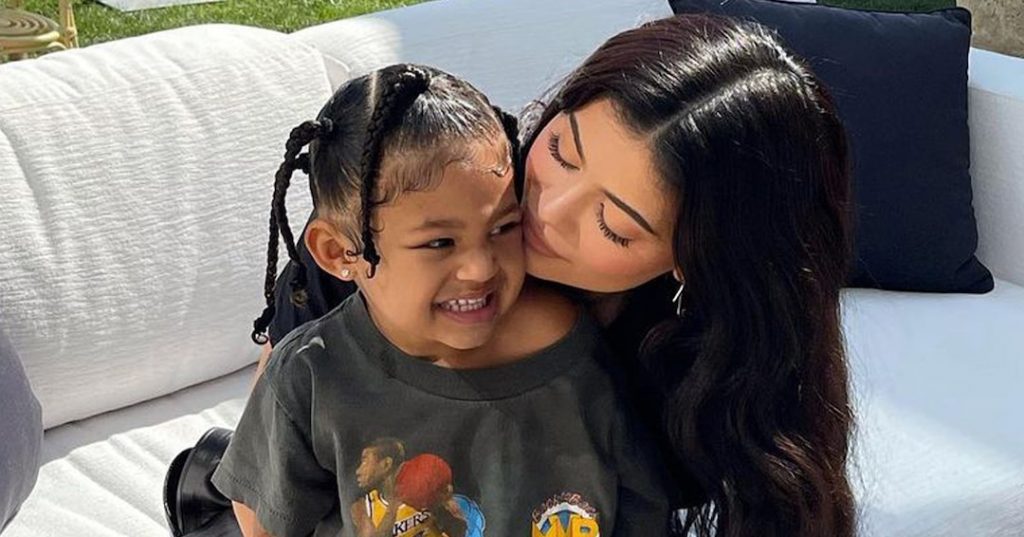 The makeup mogul posted a video to TikTok on July 6 showing her daughter reacting to the viral “Stormi, you look like mommy, baby” sound. And let’s just say, the 4-year-old appears to be a fan. The cute clip showed Kylie and Stormi laughing as they listened to the audio.

Although, this isn’t the first time the mother-daughter duo has inspired an internet sensation. Who could forget when Kylie sang “Rise and Shine” to wake up Stormi from a nap? Or when the reality star filmed her firstborn demonstrating her impressive snowboarding skills at less than 2 years old?

And this won’t be the last time the two take the internet by, well, storm. Later in the day, Kylie posted another sweet video of her and Stormi lip-synching to the sound, “What’s better than one cover girl? Two cover girls!”

Watch the video to see Kylie and Stormi’s reactions to the “you look like mommy, baby” sound.

And to see more of Stormi’s adorable moments from over the years, keep reading:

In a July TikTok video, Kylie and Stormi mouthed the words to the viral audio, “What’s better than one cover girl? Two cover girls.”

Kylie took “my baby” Stormi for a shopping spree at Ulta Beauty in June 2022, picking out Kylie Cosmetics products together.

Kylie shared footage of Stormi and Kris cuddling on their plane ride to the Met Gala in May 2022.