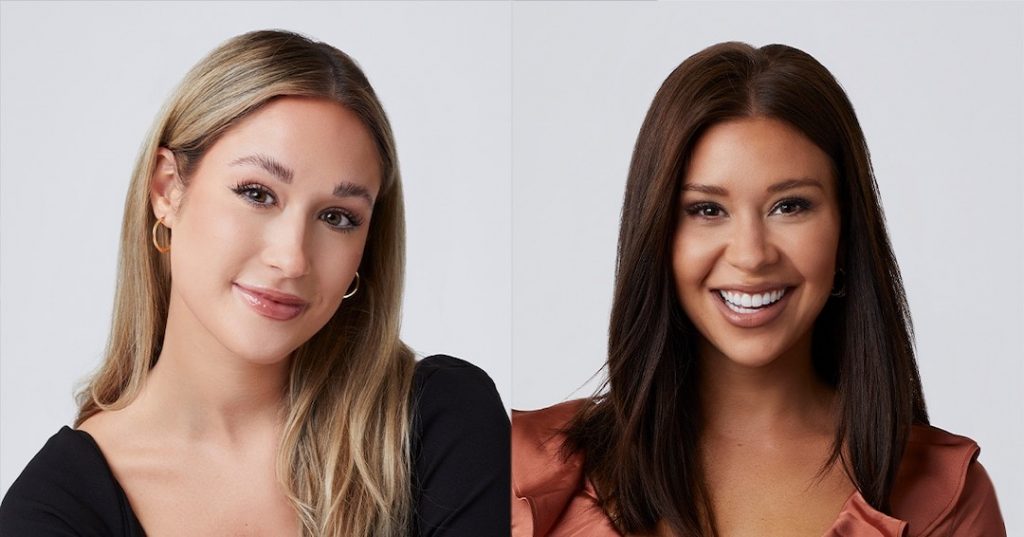 Two Bachelorettes are better than one.

That’s what we’re thinking after ABC dropped a first look at Gabby Windey and Rachel Recchia‘s night one looks for season 19 of The Bachelorette. In the new image below, Gabby and Rachel perfectly complemented each other, as one wore a white sequined number with a prominent leg slit and the other donned a black sparkly gown with a striking V-neck.

And we’re not the only ones taken by these stunning leads, as Bachelorette host Jesse Palmer weighed in on Instagram, “So excited for these two!!!!”

Of course, this sneak peek served a purpose, with ABC confirming that The Bachelorette‘s return date will take place on July 11. That’s not even the best news, as Bachelorette creator Mike Fleiss revealed that production is well underway—and currently filming in a foreign locale.

On April 7, Mike shared a photo of Gabby and Rachel enjoying a spring day under the Eiffel Tower. And yes, it’s the one in Paris, France.

During the March 15 finale for The Bachelor season 26, it was announced that the next season of The Bachelorette would have two leading ladies. Jesse announced the good news to Bachelor Nation, noting, “Watching you both support each other in Iceland, and also how you have tonight, that was really the big reason why we decided to give you both a shot.”

For those who need a refresher,