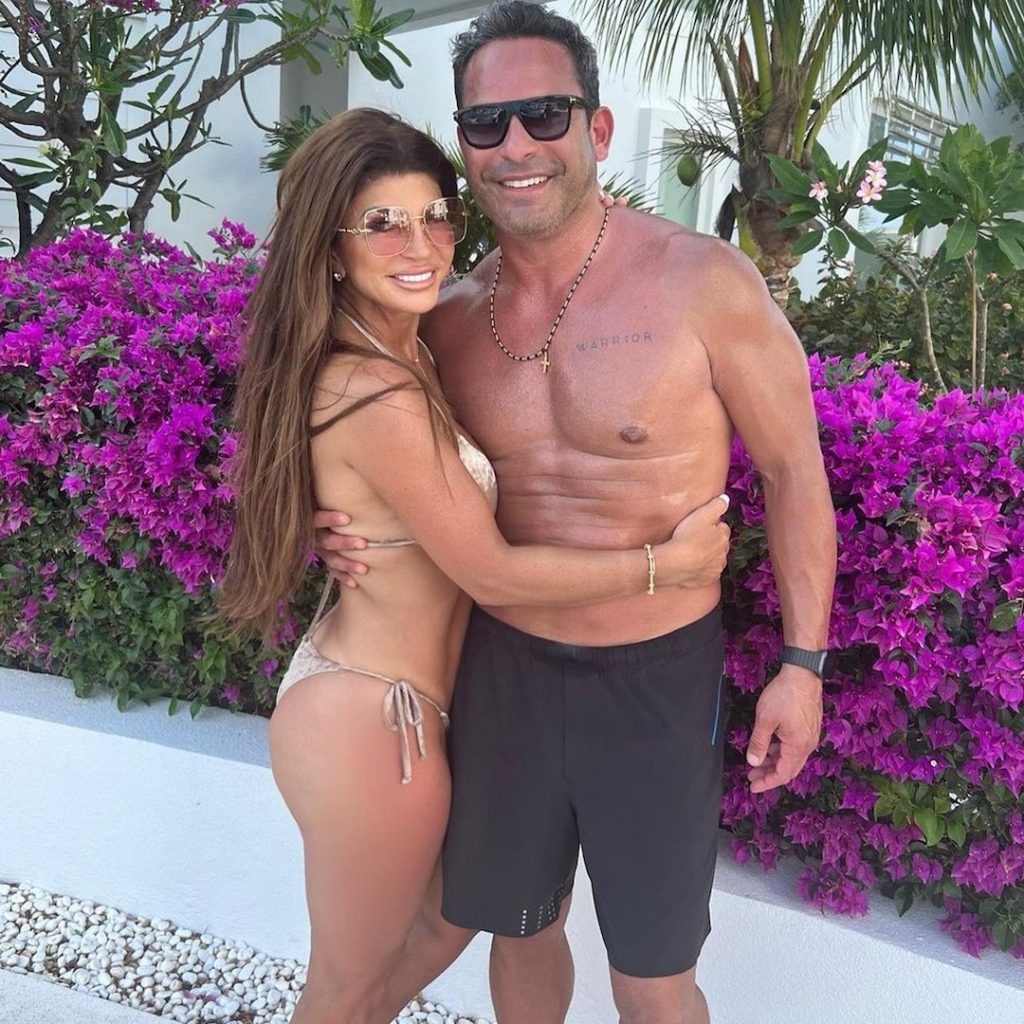 Teresa Giudice is a married woman.

The Real Housewives of New Jersey star and husband Luis “Louie” Ruelas tied the knot in an Aug. 6 wedding ceremony in her home state surrounded by family and friends, including her four daughters Gia, 21, Gabriella, 18, Milania, 16, and Audriana, 13.

The Bravolebrity and her man got engaged in October 2021 about one year after first meeting.

Teresa’s happy ending comes after years of hardships and heartbreak. After she and ex-husband Joe Giudice served separate prison sentences for mail, wire and bankruptcy fraud charges, the pair divorced in September 2020 after 20 years of marriage amid Joe’s deportation to Italy.

The reality star has credited her late parents for her new relationship.

“I know my mom and dad sent my boyfriend to me,” she told E! News exclusively in February 2021. “They did, because my dad left me and he’s like ‘you can’t stay alone’ so I know he sent him to me. Him and my mom, they really did. I swear, I asked them to send me an amazing person and then I met him a few weeks later on the same street.”

She added, “I was walking by at the Jersey Shore and he was packing up his car to go back home.” They’ve been together ever since.

In honor of their newly minted husband and wife status, relive Teresa and Luis’ cutest moments and major milestones by scrolling through their relationship timeline below.