‘RHONJ’ Preview: Teresa & Margaret Get Into A Screaming Match Over Jennifer: Watch 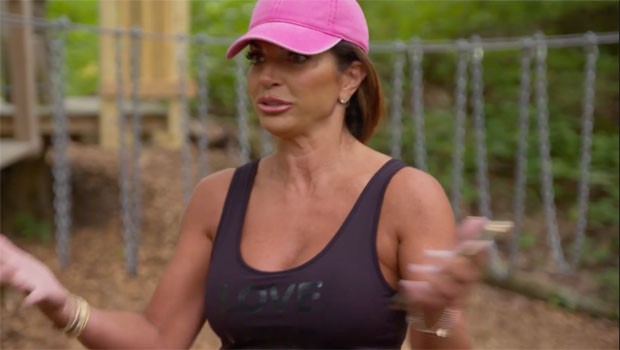 Teresa Giudice and Margaret Josephs go head-to-head in our EXCLUSIVE preview of ‘The Real Housewives of New Jersey.’

Things have been heated this season on The Real Housewives of New Jersey, but apparently, we haven’t seen anything yet! In HollywoodLife‘s EXCLUSIVE preview for tonight’s episode, tensions escalate between Teresa Giudice and Margaret Josephs as the ladies are out for a team building exercise. Teresa approaches Dolores Catania and Jackie Goldschneider who are discussing Margaret and Jennifer Aydin‘s making up. After Marge spilled the beans on Jennifer’s husband Bill Aydin‘s past affair, Teresa states she has a “problem” with the the women moving on from Jennifer being understandably hurt but it all.

“I kind of have a problem because … nobody knew about this,” Teresa says. “And now everybody knows ’cause of Margaret!”

“No no no, everybody knows because Bill did it,” Jackie then retorts as Marge looks over at everyone, irritated. “Margaret’s the one that let the cat out of the bag,” Teresa replies, as Jackie states how Margaret’s “not the one who put the cat in the bag,” placing the onus on Bill and his past transgressions.

Jackie then notes her disbelief of Teresa condemning Marge for gossiping about adulterous husbands. “Is Teresa really telling Margaret she’s wrong for bringing up Bill’s affair after what she did to my husband? Uh, can we spell hypocrisy?”

Marge then decides she has enough of the situation and tells Teresa to “shut it” as she attempts to help Jennifer cross the ziplines. “Well, you did it!” Teresa then fires back.

“Leave it at that,