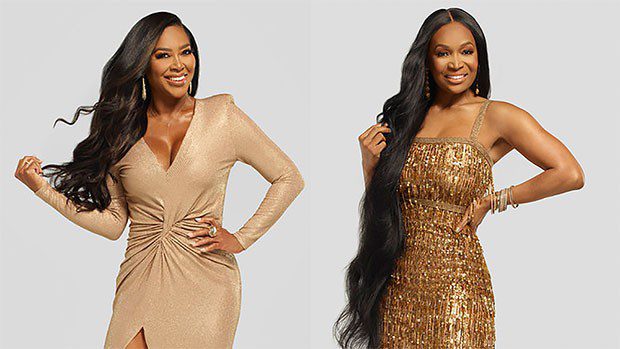 After Tyrone broke Sheree Whitfield‘s heart in last week’s episode of The Real Housewives of Atlanta, Marlo Hampton did what she could to make her friend feel better. During the June 12 episode, Marlo actually sent a car for Sheree, and treated her to a special night at her house. Marlo had a private sales rep from Fendi at her house, and the sales rep gave Sheree an intimate shopping experience. Marlo also had a cake since she knows Sheree has a sweet tooth, and then, she finished the night with a foot massage by a private masseuse. Marlo also told Sheree to block Tyrone’s number because she deserves better than a man who leaves her stranded in “dirty” Philadelphia all by herself.

Kenya Moore was also supposed to be at this small celebration for Sheree, but at the last minute, she called Marlo and said she couldn’t make it because she wasn’t feeling well. Marlo thought it was odd that Kenya was in “full glam” if she wasn’t feeling well, but she too preoccupied with getting her house ready for Sheree to question Kenya’s behavior. That actually came later in the episode, when the ladies met up at a dinner party hosted by Sanya Richards-Ross.

Sanya wanted to a cook a Jamaican dinner for everyone so they could learn more about her culture,