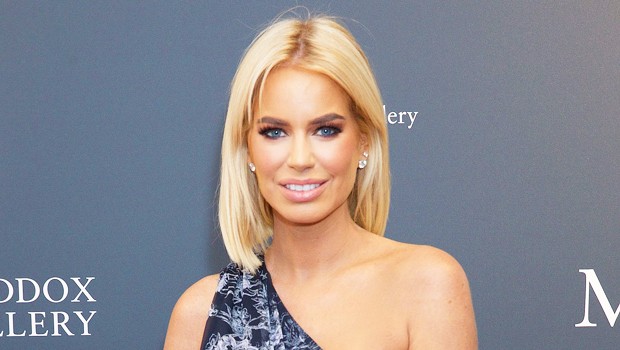 Hello Dubai! Bravo has revealed the premiere date for its international ‘Housewives’ show. And there’s a familiar face among this fabulous group of women.

The Real Housewives of Dubai is on the horizon. Bravo officially announced the premiere date and revealed the full cast on April 1, along with an epic promo. The upcoming series, which is Bravo’s first original international show of the ‘Housewives’ franchise, will premiere on Wednesday, June 1 with a supersized episode airing 9:00 pm to 10:15 pm ET.

After all the rumors, it’s confirmed that former Ladies of London star Caroline Stanbury is among the cast. She’s joined on the show by fellow Dubai residents Nina Ali, Chanel Ayan, Caroline Brooks, Dr. Sara Al Madani, and Lesa Milan. Check out the first promo for The Real Housewives of Dubai below.

Bravo also offered up extensive details about each of our new Housewives. Fans will obviously be familiar with Caroline, who now lives in Dubai with her husband, soccer star Sergio Carallo, as well as her three children from her first marriage. As for the rest of the cast: Nina Ali is a lifestyle content creator from Texas now living in Dubai; Chanel Ryan is Dubai’s first Black supermodel; Caroline Brooks works in Dubai real estate and is the daughter of two immigrant parents from Honduras; Dr. Sara Al Madani is a public speaker and twice-divorced mom-of-one; and Lesa Milan is a former Miss Jamaica winner and successful fashion designer.

Bravo’s official longline for the show reads, “The Real Housewives of Dubai follows a powerful group of lavish women as they run business empires and expertly navigate a highly exclusive social scene within this ultra-luxe Billionaire’s Playground.