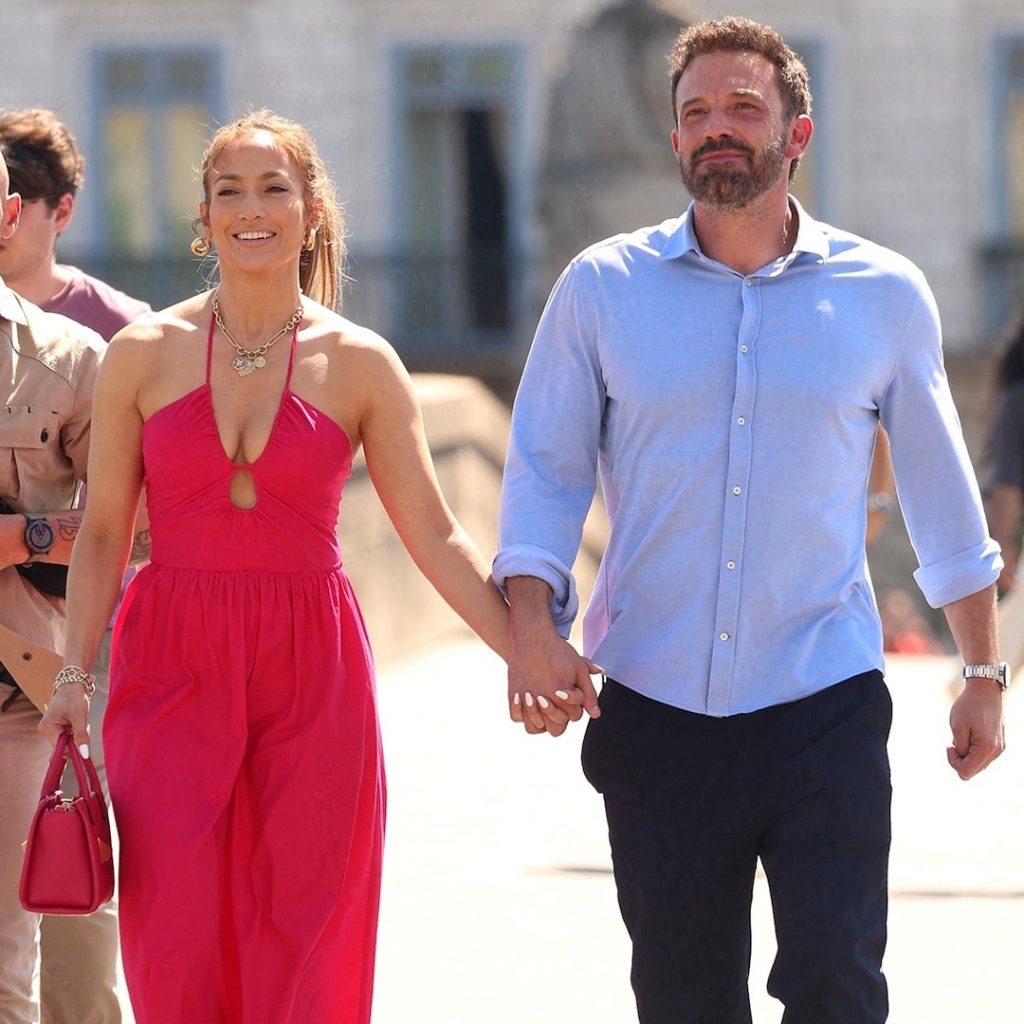 Nothing says sweet love like a little affection—with a side of donuts, of course.

Jennifer Lopez and Ben Affleck proved that much to be true when the newlyweds were photographed sharing a smooch during a daytime outing in Santa Monica, Calif. on Aug. 9. The “On the Floor” singer and Gone Girl actor showed plenty of PDA while making a quick run to Dunkin’ Donuts (a coffee spot the actor has been known to frequent).

Their latest outing comes nearly two weeks after the couple enjoyed a post-wedding getaway to Paris. Ben and Jen—who tied the knot in mid-July—enjoyed the city of love along with the the actress’ child Emme, 14, (who she shares with ex-husband Marc Anthony) and Ben’s daughters Violet, 16, and Seraphina, 13, (whose mom is Ben’s ex, Jennifer Garner).

In addition to celebrating their recent nuptials while in Paris, Jen also rang in her 53rd birthday with her husband at an intimate dinner—an occasion which also had the couple’s emotions running pretty high with affection.

As an eyewitness told E! News about their July 24 date night, “At one point Ben teared up and began to cry.”

It was a moment that the Hustlers star responded to with attentiveness. “J.Lo was very loving and cradled his face,” the insider continued. “She held him and kissed his forehead stroking his cheek. Soon he was smiling again and laughing.”

Who needs the city of love when affection like this is clearly worldwide?