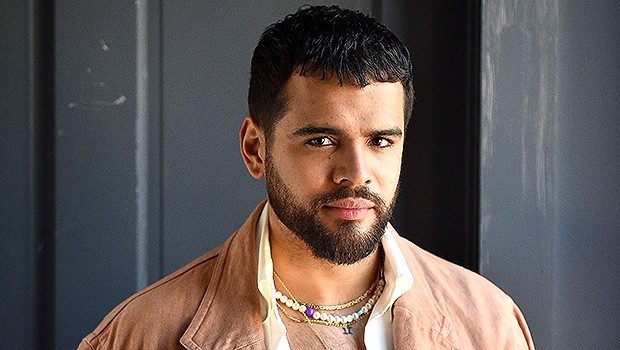 ‘Pieces of Her’ breakout star Jacob Scipio is hoping for a season 2 just like the rest of us. The actor spoke EXCLUSIVELY with HL about Mike and Andy’s relationship, his new movie with Nic Cage, and more.

Pieces of Her made a big, twist-filled splash when it debuted on Netflix in March 2022. Fans became consumed with all the jaw-dropping twists and turns over the course of the first season. Jacob Scipio stars in the series as Mike Vargas, a U.S. Marshal who follows Andy on her journey to find out the truth about who her mother really is. Mike becomes one of the only people Andy can truly trust.

The season finale ended with the shocking reveal that Laura/Jane was the one who gave Grace the gun that killed Michael Queller in Oslo. Andy discovered this game-changing truth in the final moments of the episode. Given how things ended, fans and Jacob are hoping a season 2 is on the horizon.

Jacob Scipio as Mike Vargas in ‘Pieces of Her.’ (Netflix)

“God willing we get a second season and we get to do it again because I just had the best time shooting the first one. In terms of my character, I believe that we’re only scratching the surface of Mike Vargas. There are a million different directions you could take it, and I have a few ideas myself,” Jacob told HollywoodLife EXCLUSIVELY.

Mike and Andy had a tumultuous relationship in the beginning, but they did share one steamy kiss in episode 4. However, the undeniable current between them never went away. So, does Jacob think about a possible romantic relationship between Mike and Andy?