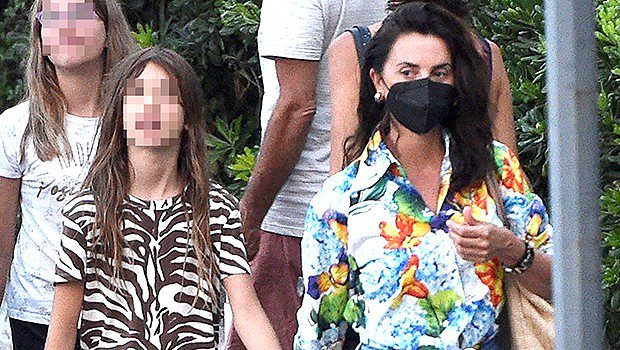 Penelope Cruz, 48, is one gorgeous woman — and she’s passed down her beauty to her kids! The Spanish actress is the proud mother of two children, son Leo, 11, and daughter Luna, 9. She shares her kids with her husband, actor Javier Bardem, who she married in July 2010. Although Penelope and Javier are both in the public eye, they do their best at keeping their children’s lives out of the spotlight. As busy as she is, the Parallel Mothers actress really does a great job at prioritizing being a mother.

Penelope Cruz and Javier Bardem with their kids Leo and Luna at Disneyland on July 22, 2017 (Photo: Mega)

“I don’t do long trips, and I try to work in my own city when I can, because I want to raise my kids myself,” she told Harper’s Bazaar in a January interview. “I’ve been lucky like that, and I hope it continues, because it’s kind of a gamble, to try to balance both.” Get to know more about Penelope’s two children below!

Penelope gave birth to her first child, son Leo Encinas Cruz, on January 23, 2011, at Cedars-Sinai Hospital in Los Angeles, California. Penelope and Javier became parents just six months after they tied the knot, so their marriage really started off with a bang! A few months into motherhood, Penelope told Vogue that she felt “so much love” immediately after she gave birth to her baby boy.