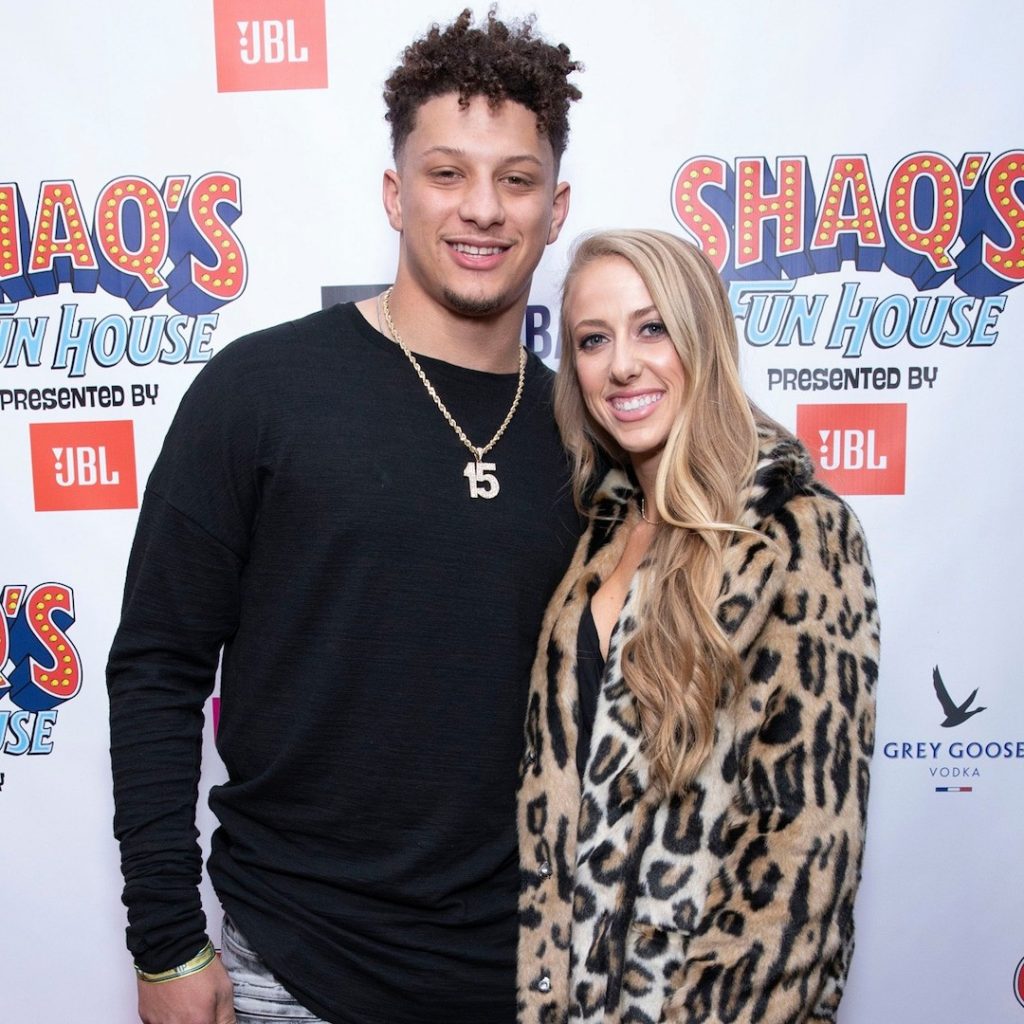 Did Patrick Mahomes just throw down a flag? See what the NFL star had to say amid rumors that he’s banned fiancée Brittany Matthews from attending Kansas City Chiefs games in the upcoming season.

It looks like Patrick Mahomes is spending his offseason tackling online rumors.

The Kanas City Chiefs quarterback took to Twitter on Friday, Feb. 18, amid troubling speculations about his relationship with his fiancée Brittany Matthews, with whom he shares 11-month-old daughter Sterling. According to Us Weekly and TMZ, a report surfaced on the same day alleging that the 26-year-old athlete had banned Brittany from attending football games in the upcoming NFL season because she was being a “distraction.” E! News has not verified the report.

In a tweet, Patrick seemingly weighed in on the claims and wrote alongside three laughing emojis, “Y’all just be making stuff up these days.”

The footballer also retweeted a meme from FanDuel that appeared to applaud his quick reaction to rumors. The company had tweeted next to an edited image of the Bat Signal shining an emoji of a blue cap to the sky, “Mahomes to the reports.” (For those who aren’t up on their textspeak, the cap emoji is often used to say that someone is lying.)

However, Patrick did not explicitly mention which rumors he was addressing.

The NFL star got engaged to Brittany, his high school sweetheart, in September 2020. The couple welcomed their first child together on Feb. 20, 2021.

Having known Patrick since they were teenagers, it’s no surprise that Brittany is one of the athlete’s biggest cheerleaders.