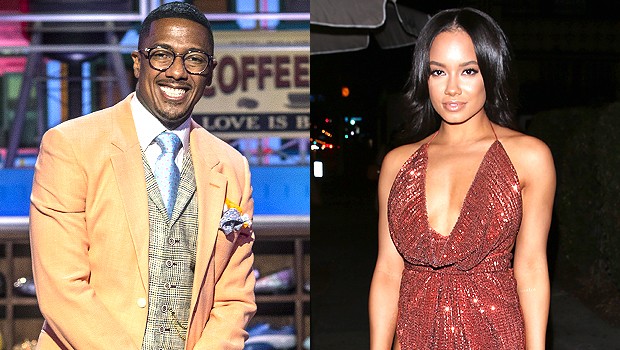 Nick Cannon celebrated Easter with his baby mama Bre Tiesi in the sweetest way — he dressed up as the Easter Bunny and cradled Bre’s belly in a photo she shared on Instagram stories on April 17. In the photo, Bre wore a simple black bandeau bra, with “Happy Easter” written on her pregnant belly in red lipstick. She wore her hair swept up for a low-key holiday look, and Nick embraced her lovingly from behind.” These moments are everything – I love what u do for the kids – I love u,” Bre captioned the photo, along with an Easter bunny emoji. “Happy Easter from our family to yours.”

Nick’s child with Bre, which they have already revealed to be a boy, will be the 41-year-old singer’s 8th — he was previously married to legendary songstress Mariah Carey, with whom he had twins Monroe and Moroccan in 2011. The Alone singer also had son Golden and daughter Powerful Queen with model Brittany Bell in 2017 and 2020, respectively. Shortly thereafter, Abby De La Rosa announced that she, too, was pregnant with twins — Nick and Abby named their two children, born in June 2021, Zion and Zillion.

Nick then had a heartbreaking turn of events when his infant son Zen, born to model Alyssa Scott in June 2021, died of brain cancer at the age of 5 months on December 5, 2021. Nick broke the tragic news directly to fans on the December 7, 2021, episode of The Nick Cannon Show.