Naomi Judd’s Daughters: Everything To Know About Ashley & Wynonna As They Grieve Their Mother 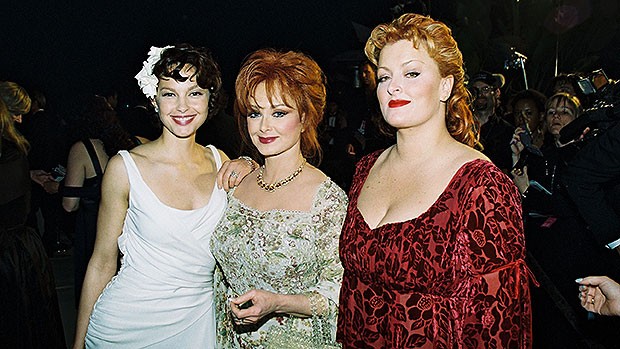 Naomi Judd was the proud mother of two daughters, Ashley Judd, 54, and Wynonna Judd, 57, throughout her 76 years of life. They expressed their sadness about the country singer’s shocking death when they released a statement on April 30, announcing the “tragedy.”

“Today we sisters experienced a tragedy. We lost our beautiful mother to the disease of mental illness,” the statement said, according to the Associated Press. “We are shattered. We are navigating profound grief and know that as we loved her, she was loved by her public. We are in unknown territory.”

Naomi Judd with her daughters Ashley and Wynonna. (Bei/Shutterstock)

Before her death, Naomi would often talk about her relationships with Ashley and Wynonna in interviews, and admitted things were sometimes complicated between them. “Wynonna and I make each other so emotional it’s not healthy,” Naomi told People in 2016 about her connection with Wynonna. “We are so empathic, we can look at each other and absolutely fall in each other’s arms crying without saying a word. We scare each other because we can go so deep.”

Naomi’s relationship with Ashley was put in a rocky spotlight in 2011 when the latter released a memoir about her life and mentioned alleged abuse from Naomi in some of the pages. “I was as honest as I could be with what I knew, but I’m a different person now,” Naomi once said about Ashley’s claims, during an interview on The View.

Find out more about Ashley and Wynonna and the complicated yet close bond they shared with Naomi below.