Naomi Campbell, 52, Shares Rare Photo With Daughter, 1, As They Enjoy A Walk In The Park: Photos 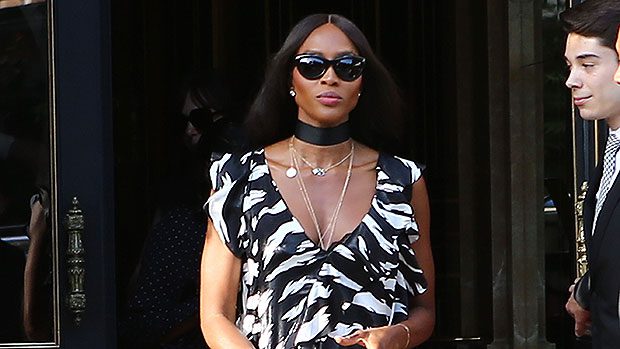 The iconic model Naomi Campbell shared an adorable photo of her and her baby daughter on June 12. In the sentimental Instagram post, she is seen holding hands with her offspring in casual attire while they took a stroll on a sunny day. “My Love, My heartbeat First Steps walking” she affectionately captioned, followed by three loving heart emojis. Looks like Naomi is a great mom!

This wasn’t the only time Naomi was seen out in public with her baby girl. In July of 2021, she was photographed while walking through New York City while wearing a Yankees cap and pushing her newborn along in a stroller.

The 90s bombshell made her first official appearance with her daughter, who is still unnamed, in an issue of Vogue in February of 2022. In the photoshoot, she cradled the 1-year-old in her arms while wearing a black crop top and a matching black pants. Although the details around her pregnancy remain a mystery, in the interview, she made it clear that the baby was not adopted.

The supermodel announced the birth of her child via Instagram on May of 2021. Although at the time, she did not name the baby’s biological sex, name, or father, she appeared to be over the moon with the new addition to her family. “A beautiful little blessing has chosen me to be her mother,” she captioned in the heartwarming post. “So honoured to have this gentle soul in my life. There are no words to describe the lifelong bond that I now share with you,